Located in the Thua Thien Hue province in Viet Nam’s northern central coast, the Sao La (Pseudoryx nghetinhensis) Nature Reserve hosts many rare, distinct and vulnerable species (animal, flora and fauna).  For example, the Sao La or Asian unicorn is one of the world’s rarest animals and can only be found in the Annamite Mountains of Viet Nam and Laos PDR.  It was only discovered in 1992 but is already critically endangered.  As such, the Sao La Nature Reserve is one of the greatest priorities for conservation efforts in the region.  Biodiversity corridors were established to connect it to Phong Dien Natural Reserve to improve the local ecological system and maintain the current forest coverage of 83% in the biodiversity corridor, as well as protect the natural landscapes and habitats of native creatures. The Thua Thien-Hue province has also expanded the Sao La reserve to nearly 15,520 hectares and linked it with other Sao La centers in Quang Nam, Bach Ma National Park in Thua Thien-Hue, and Laos’ Xe Sap National Protected Area – altogether creating a large and united forest system in the region.

In alignment to the government’s conservation efforts, the ICCA-GSI is implementing a project to strengthen the Co Tu ethnic minority group’s capacities in forest management and in promoting sustainable livelihoods.  The Co Tu live in the reserve’s mountaintop and in the recent ICCA Security and Resilience Index exercise facilitated by the project, they reported that while many conservation awareness-raising activities are provided to the public, they do not know how to apply them in their daily lives.  Moreover, due to economic difficulties, the use of cultural traditions are only held by a small portion of the ethnic population.  Such traditions heavily integrate nature preservation. 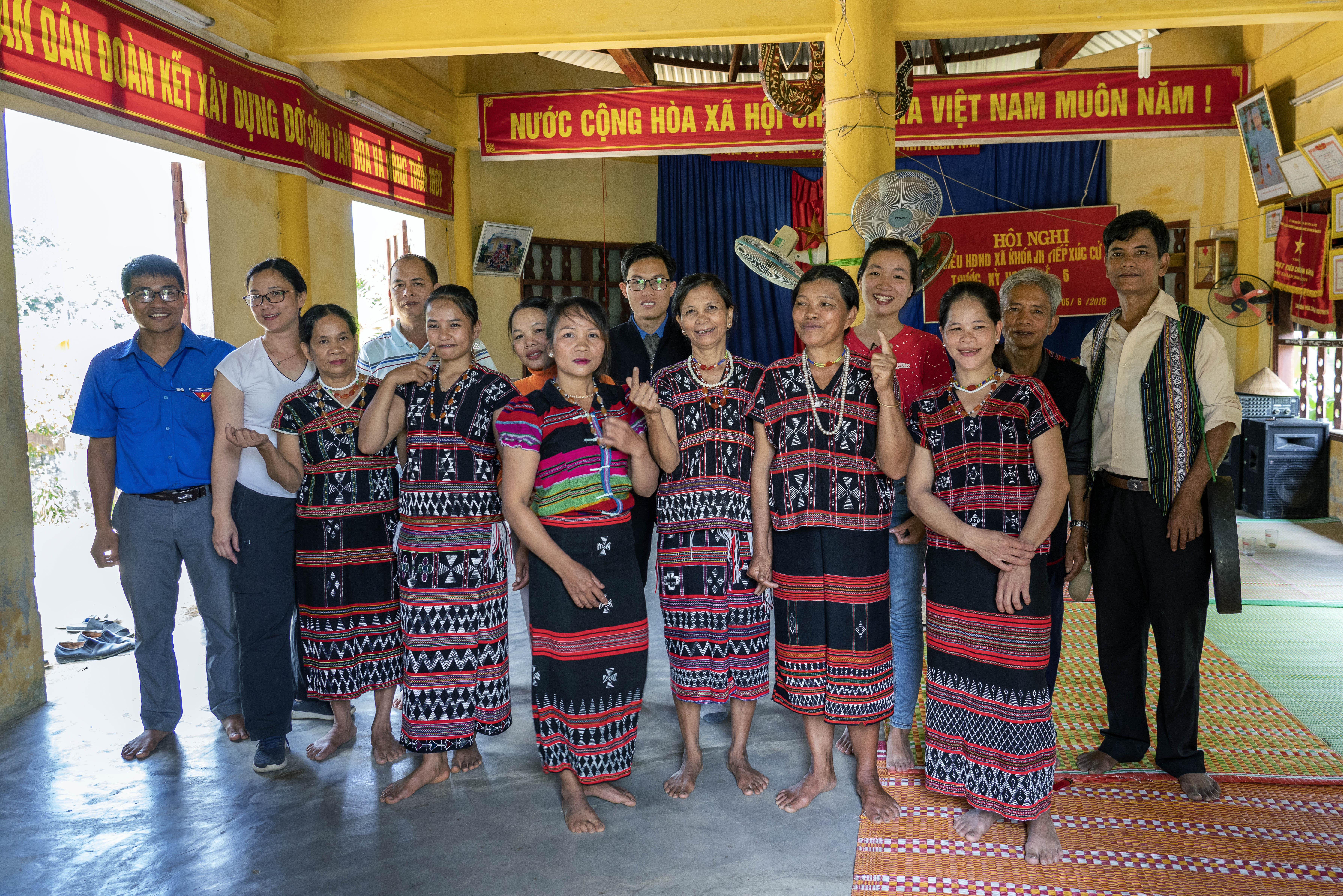 In this context, the ICCA-GSI project activities in forest management, forest protection, and biodiversity and ecosystem conservation are facilitated in a participatory manner.  The capacity building training sessions provided are in relation to (i) creating a sustainable forest management network, including management households groups responsible for design and implementation of its operational regulations; (ii) technical capacity on sustainable livelihood models such as semi-intensive cattle husbandry, Ra Du indigenous rice cultivation and Thiên Niên Kiện (Homalomena occulta) crop; (iii) establishing a community development fund, with its own management unit and a group of borrowers, to enable households to pioneer any of the aforementioned livelihood models; (iv) Forest Integrity Assessment Tools (FIAT); and (v) public communication skills. Awareness-raising activities include (i) launching a ‘poem and song composition’ contest amongst community members and disseminating their work to local people; (ii) organizing a communication campaign for World Environment Day (June 5), an activity strongly embraced by the indigenous peoples, especially the youths; and (iii) disseminating 200 leaflets, voice bulletins and posters about the project in public places. 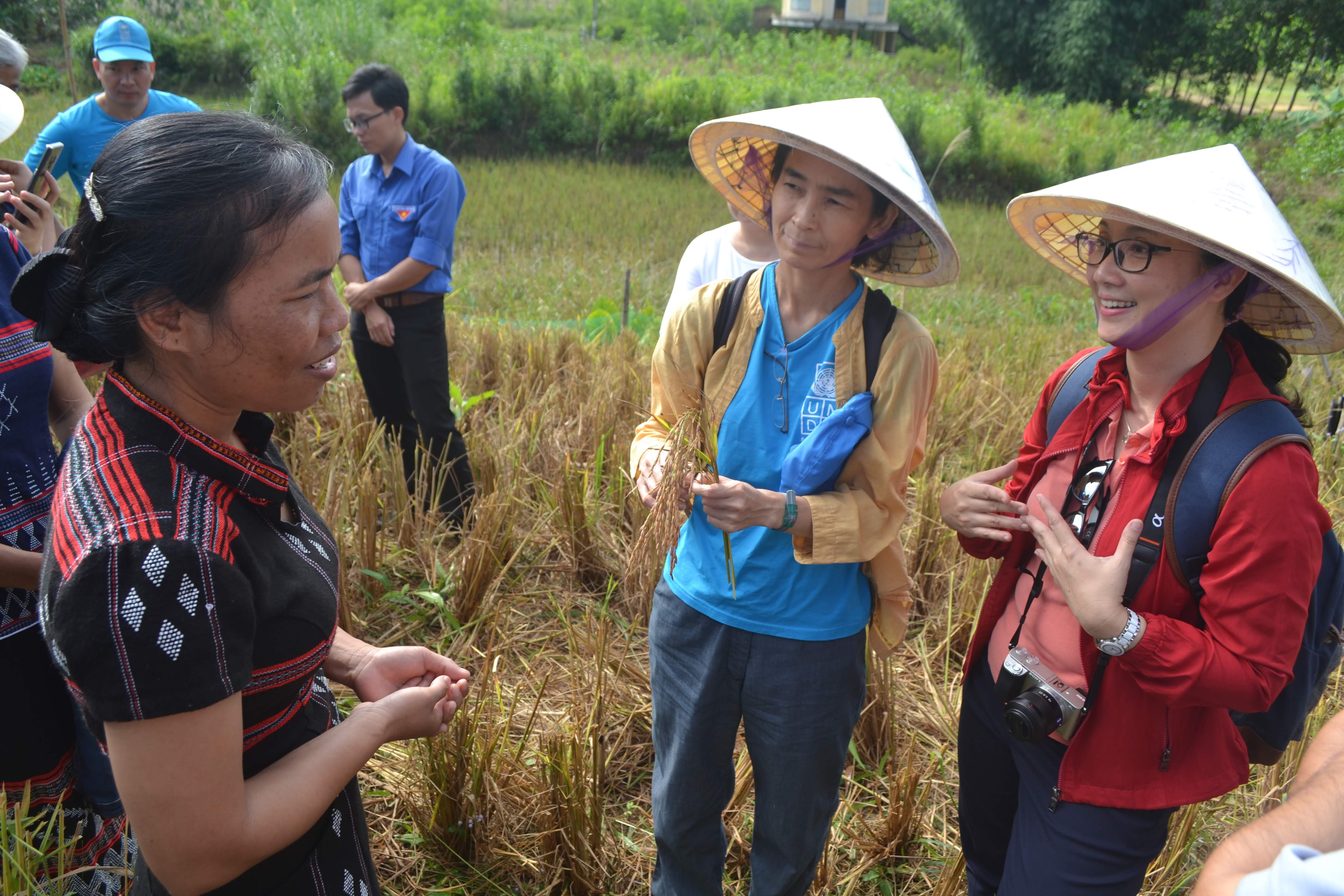 To build enduring partnerships for the sustainability of the project’s initiatives, SGP has provided linkages and synergies between the Co Tu community, local CSOs and government actors.   The resulting strong coordination between local CSOs and District’s Youth Union, as well as the significant technical support provided by the Centre for Rural Development in Central Vietnam (CRD) to the community, have been determinants for the positive outcomes seen so far. Additionally, the co-financing support mobilized from the Co Tu community and local government has been supplemented by funds from the Payment for Forest Environmental Services (PFES)*, to which the Co Tu contributed a portion of to the community development fund. Lastly, the district government has aligned its socio-economic development budget to the project’s livelihood and income generating activities.

* Vietnam’s PFES policy aims to incentivize individuals and communities to sustainably manage and protect their forests by providing compensation for their efforts.

For more information about the project, click here or contact the SGP Viet Nam National Coordinator, Ms. Nguyen Thi Thu Huyen at This email address is being protected from spambots. You need JavaScript enabled to view it.