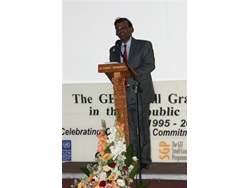 SGP Mauritius celebrated its 10 year anniversary last month under the slogan "Celebrating Community Commitment towards Environment". The event was held within the context of the 60th anniversary celebration of the UN which took place on 24 October. The highlights of the celebrations included the launch of a film on the Programme and several exhibitions where SGP grantees had the opportunity to share their products with the public.

Since the Programme's inception in 1995, 1.3 million USD in grants have funded over 60 projects in the small island state. The significant influence of SGP Mauritius and particularly the Programme's impact on government policy was acknowledged by Mr. Rama Krishna Sithanen, the country's Minister of Finance and Economic Development: 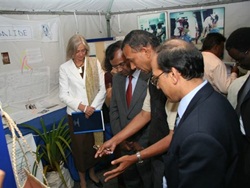 "The Small Grants Programme has contributed to bring policy changes in the development programmes of Government", the minister stated in his opening remarks and referred to examples where the SGP had "helped with measures to address biodiversity threats, strategies for waste management, strategies for fisheries management in Rodrigues and the protection of coral reefs through the installation of permanent mooring buoys for divers and fishermen".

In a separate celebration on the Rodrigues island, the authorities expressed their appreciation of the SGP funding received by projects on their small island. A round table discussion was organized with representatives from the National Steering Committee and NGOs addressing environmental issues and experiences with the SGP so far. 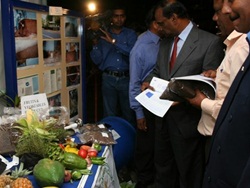 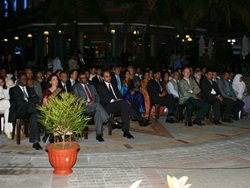 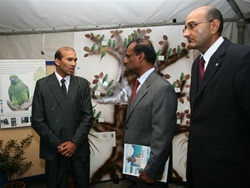 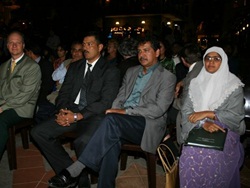 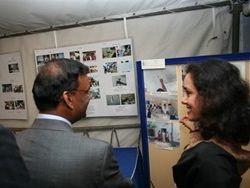 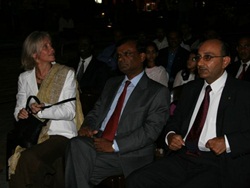 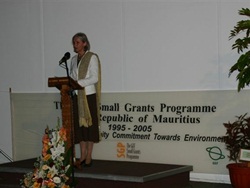