On May 2nd, 2013, the Turkish Mediterranean Conservation Society and the Kuzey Doga Society, grantee partners of the GEF Small Grants Programme, received the Whitley Award. The Whitley Award, also known as "Green Oscar" is a prestigious international nature conservation prize and was presented to the Turkish Mediterranean Conservation Society, for their efforts on effectively involving the local fishermen in enhancing the control over the no-fishing zones in the Gökova Special Environmental Protection Area in Turkey. The Kuzey Doga Society received their first Whitley Gold Award in 2008, and in this occasion, received the 20th Anniversary Whitley Gold Award, a recognition for outstanding past winners who have made a significant contribution to global conservation, in this case for the creation of Turkey's First Wildlife Corridor. 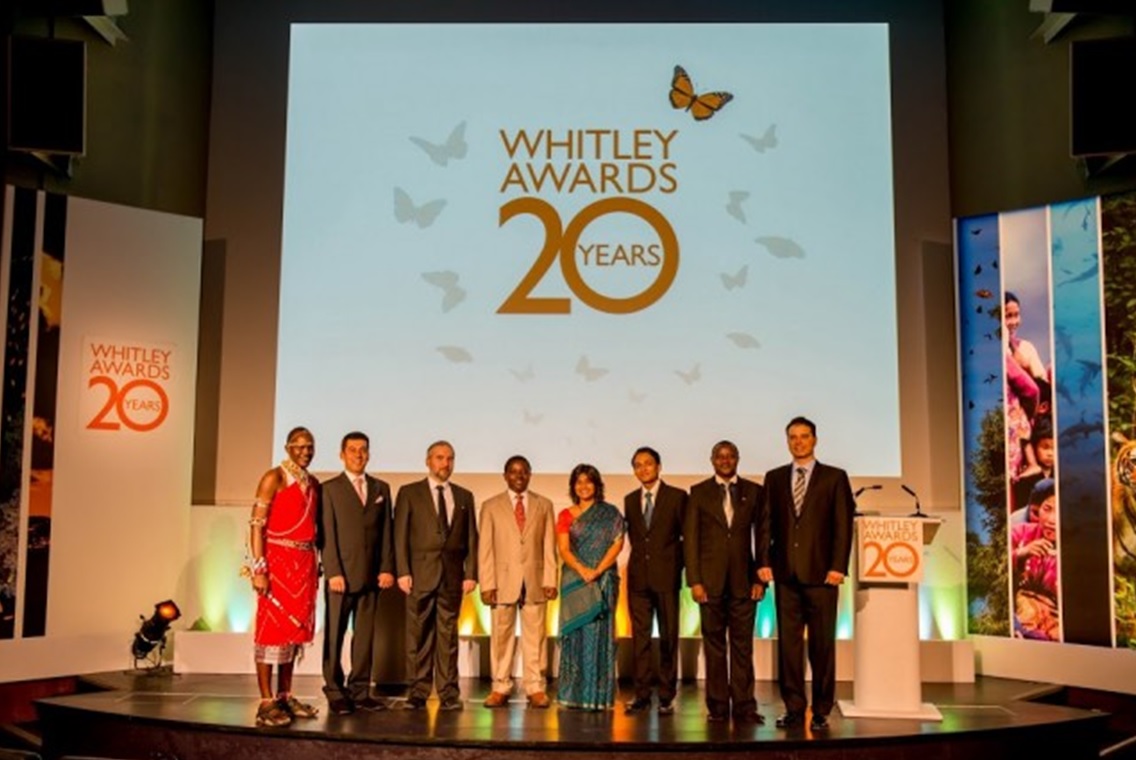 The Whitley Award is the way the Whitley Fund for Nature (WFN) recognizes some of the world's most dynamic conservation leaders and support projects founded on good science, community involvement and pragmatism. They champion passionate individuals who are committed to precipitating long-lasting conservation benefits on the ground. Through a process of reference, application and interview, WFN identifies effective national and regional conservation leaders and celebrates them through awards of up to £35,000. Previous Whitley Award winners who have proved themselves and their work to be truly exceptional can receive additional funds up to £70,000 to continue their work.

The Whitley Awards Ceremony was held at The Royal Geographical Society in London and hosted by Kate Humble. The HRH Royal Princess Anne Mountbatten-Windsor of Great Britain presented the Whitley Awards to the Chairman of the Turkish Mediterranean Conservation Society, Mr. Zafer Kizilkaya and to the President of the Kuzey Doğa Society, Dr. Cagan Şekercioğlu.

With the support of the GEF Small Grants Programme in Turkey, Dr. Cagan Şekercioğlu of the Kuzey Doga Society (North Nature Society) has played a key role in gaining international Ramsar recognition for the Kuyucuk Lake in Turkey -home to 227 different bird species- and also initiated the country's first-ever wildlife corridor for large carnivores. This year, Dr. Cagan Şekercioğlu has also being nominated as one of National Geographic's Risk Takers and won Turkey's inaugural Wetland Science Award.

As stated by Dr. Sekercioglu "The Whitley Gold Award is the culmination of years of ongoing conservation work in Turkey. This Whitley Gold Award is for Turkey's first wildlife corridor, and emphasizes the importance of supporting local, grassroots conservationists because we are on the frontline and we can make a difference to people and wildlife that often come into conflict over limited space and resources."

The Small Grants Programme in Turkey has been key supporter of Dr. Cagan Şekercioğlu though the following projects: "Developing the Basis for Turkey's First Wildlife Ecological Corridor Project" and "Research on Carnivore's of Kars and Prevention of Human-Predator Conflicts via Wild Life Tourism".

Mr. Zafer Kızılkaya won a Whitley Award donated by The William Brake Charitable Trust. An engineer and underwater photographer as well as a marine researcher, Mr. Kızılkaya is the President of the Mediterranean Conservation Society (Akdeniz Koruma Dernegi), an NGO which aims to conserve natural habitats and restore degraded coastal ecosystems in Turkey. Gökova Bay is one of the most spectacular marine-scapes in the Aegean Sea. Designated as a Special Environmental Protected Area (SEPA) in 1988, many important protected species are found here including critically endangered Mediterranean monk seals and sandbar sharks. Over 200 small scale fishermen depend on the bay for their livelihoods, but the depletion of fish stocks in recent years has had a serious impact on the local economy. Kızılkaya leads a series of conservation projects in the bay, including working with local fishing communities to promote alternative sustainable livelihoods.

The GEF Small Grants programme has supported the work of Mr. Zafer Kızılkaya through the project "Rehabilitation of East Mediterranean Algae and Ecosystem via Creating a 'No Take Zone' in Gökova" which was supported between 2009 and 2010.

In 2010, following a successful community conservation project led by Mr. Kızılkaya and his team, the Turkish government officially declared six No Fishing Zones (NFZs), providing an excellent opportunity to protect fish breeding and nursery grounds. This work has also been partly supported through the UNDP/GEF Full-size project "Strengthening the Protected Area Network of Turkey: Catalysing Sustainability of Marine and Coastal Protected Areas" in Turkey. In his speech, Mr. Kızılkaya said: "Today over 200 fishermen and fisherwoman earn their livelihood in Gokova Bay. Thorough our many years of efforts, we developed a community based model to conserve Turkey's first 6 "no take zones" and in a few years time, we can see the benefits in social and economic terms of "no take zones" together with the local communities which is a treasure for us."

At the event, the HRH the Royal Princess said: "Every winner has a close connection with their community, as well as experience and an understanding of the issues, which often relate to human-wildlife conflict, but they also know how to make an impact through practical solutions, engaging people and initiating change at government level. That's a rare skill. Let's face it, there are 'experts' out there, who don't always have that skill, but the Whitley Award winners do."

For their online speeches please visit: