During 2013, SGP grantees received more than 50 awards, prizes or other forms of recognition for their outstanding efforts in conserving and rehabilitating the environment while improving the well-being of their communities. Below are a select number of award-winning projects – which have not yet been featured on our website. 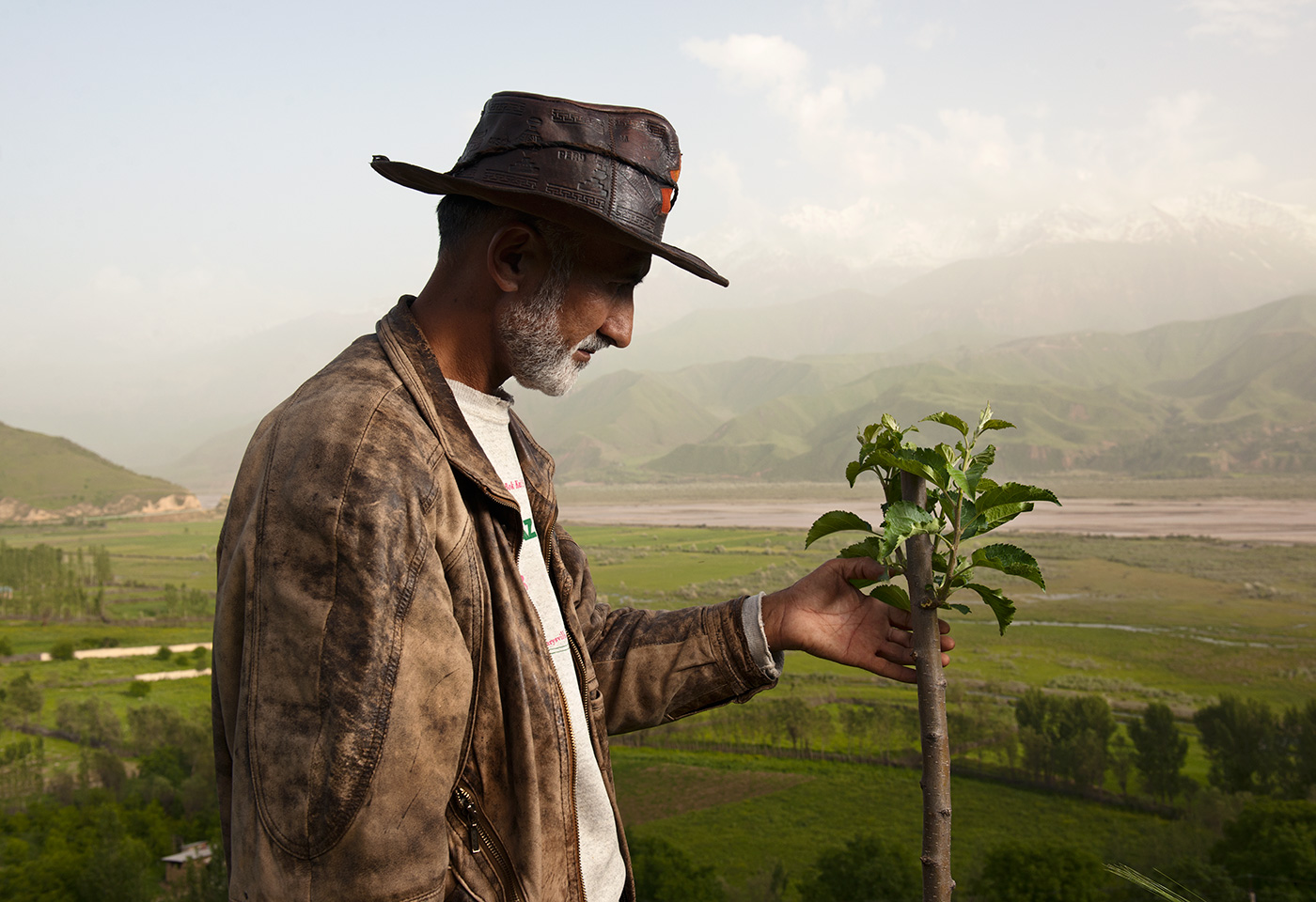 ber 2013. SGP grantee, Mr. Mirzosho Akobirov of the CSO Rushnoi was honorably presented with the "Best Gardener 2013" award by the President of Tajikistan, His Excellency Mr. Emomali Rahmon, for successfully conserving and promoting the cultivation of indigenous crop varieties. For many centuries farmers in the Rasht Valley had domesticated wild fruit crops, improving their properties and qualities. Experience shows that local varieties of fruit crops are best adapted to severe climate effects, local pests and plant diseases. However, unique local varieties of fruit crops have become increasingly rare today. Rasht is also one of the land-poorest districts in the valley, where most of the rain-fed lands are located on the slopes of hills and piedmonts. Much of the land had become affected by degradation and desertification processes over recent years.

Under the leadership of Mr. Akobirov, Rushnoi collected and saved the seeds of wild, local varieties, - many of them at risk of becoming extinct - and created a 10 ha experimentation garden planting 30 varieties of apple, 28 varieties of pear and 24 varieties of apricots, as well as an array of decorative plants and herbs. Mr. Akobirov has since widely shared his rich collection of local varieties with farmers across the country. His innovations gave farmers the opportunity to sustainably utilize abandoned marginal lands, get access to seeds of rare local varieties and enhance their livelihoods. CSO Rushnoi has thus made a significant contribution to maintaining biocultural heritage and agrobiodiversity in Tajikistan.

The biodiversity project has also been featured by award winning photographer Nicolas Villaume in his photo exhibit PEOPLE AND PLANTS - A journey into Tajikistan's biocultural diversity. http://www.people-and-plants.net/english/portfolio/jafr-rasht/

ored with the "2013 Island Bright Spot Award" which recognized outstanding solutions for climate change adaptation. Grand-Sable is a community that is highly vulnerable to climate change due to its topography where households and fields are sandwiched between the mountains and the coast. Soil erosion and waterlogging in the fields due to the frequent occurrences of high-intensity rainfall had added constant pressure on the land.

The project aimed at empowering the women, who depend on the land for vegetable farming and animal breeding, to take action to adapt to climate change and sustain their livelihoods. The project, which was implemented over two years, planted vetiver around the fields to create a buffer against the heavy rains and prevent soil erosion. The vetiver root system is known to be deep, penetrating, and tough. This characteristic of Vetiver provides an extremely strong anchor for the soil, fostering soil erosion control and improved agricultural yields. In addition, composting, seaweed culture for soap making and exploitation of vetiver and other medicinal plants such as citronelle and ayapana, have offered the women the opportunity to diversify their incomes. This has allowed farmers to sustain their livelihoods even during times of droughts and floodings, while rehabilitating and adapting degraded land for climate change related events.

13. An SGP project focusing on farm-raising Lisas – a native Peruvian fish – in the small village of Los Palos de Tacna received the "Golden Hot Pepper", - the highest award of the MISTURA FAIR. The fair, which is organized by the Peruvian Gourmet Association ACOA, takes place nationwide and brings together the best chefs and restaurants of the country. Visitors can enjoy the rich, varied Peruvian cuisine and shop in the complementary market zone for the most diverse Peruvian products made from fruits, grains, and vegetables.

Every year, the fair rewards the best representatives of gastronomy as well as the most prominent producers supporting Peruvian biodiversity conservation. In 2013, the fair focused on the conservation of aquatic resources, which selected the SGP project for the "Golden Hot Pepper" award. This distinction has been awarded taking into consideration that the artisanal fishermen "Virgen de Chapi" have conserved the species that was in danger of extinction. The fishermen were the first ones to farm Lisas in a pond, demonstrating that aquaculture has great potential in Peru. It also showed that aquaculture can support food security and even supply food high in protein and omega 3 and 6, at low cost for the poor.

ttee of the "2013 National Tree Festival" during an official ceremony which was presided over by the President of Morocco, S.E.M. Mahamadou Issoufou. The first project, which was initiated by the NGO Action pour le renforcement des initiatives de développement local (ARIDEL), rehabilitated degraded land on the Yettoré Allah plateau in the district of Lamordé. During 18 months, the project recuperated 200 ha of degraded land through the creation of benches and the rehabilitation of wooden and herbaceous vegetation cover. It also strengthened the capacity of the community to take local action on land degradation. The 3 million francs CFA award was presented to the recipient by the President of the National Assembly, S.E.M. Hama Amadou.

The second SGP project receiving an award focused on the rehabilitation and management of pastoral land in Dadin Sarki, Angoual Maloumeye and Angoual Dan Boursa in the commune of Zinder. With the help of the NGO YANAYI, the commune recuperated 100 ha of degraded land for pastoral purposes, which was then managed and secured through the adoption of land tenure by the County Land Commission of Mirriah. The 1.5 million francs CFA award was presented by the Resident Representative of UNDP, Mr. Fodé Ndiaye.