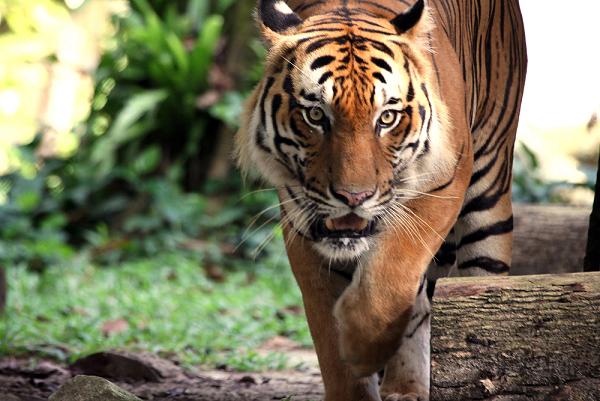 World Wildife Day, which was celebrated on March 3rd, 2014 for the first time, honors the many beautiful and varied forms of wild fauna and flora and raises awareness about the wide-ranging ecosystem benefits they provide. This day was chosen to commemorate the signing of the Convention on International Trade in Endangered Species of Wild Fauna and Flora (CITES) and draw attention to "the urgent need to step up the fight against wildlife crime, which has wide-ranging economic, environmental and social impacts" (UN).

This move also came in the wake of an ever-growing loss of biodiversity which may be the largest since the last great extinction 65 million years ago. According to IUCN, nearly one third of the 63,837 species examined worldwide are threatened with extinction. The main culprit is habitat loss due to poor land use practices, pollution, deforestation and desertification. Overexploitation is the second leading cause, and stems from unsustainable or illegal harvesting practices, including poaching and fish by-catch.

The GEF Small Grants Programme (SGP) has supported thousands of community projects conserving wild species and their habitats across the world, in line with the objectives of the UN Convention on Biological Diversity (CBD). In addition, SGP projects in other focal areas contribute indirectly to species and habitat conservation by addressing land, forest or water degradation and climate change. Many of SGP's community-driven projects in national parks, biosphere reserves, wetlands, and marine protected areas are frequently clustered and coordinated to support larger, sub-national initiatives such as COMPACT, COMDEKS, GEF full-size projects and other partners' projects.

Over the years, SGP grantees from community-based organizations have come up with a range of innovative and easily replicable ideas to conserve precious wildlife species in their area. For example:

These examples provide useful insights into how localized action can contribute to the conservation of precious wild fauna and flora. In fact, participatory management methods have clearly shown how the engagement of local communities and their intimate knowledge of wildlife patterns are integral in improving human-wildlife relations. SGP is looking forward to continue working with communities, governments and its partners on conserving wildlife across the world.