INSPIRING CHANGE FROM THE GROUND UP
Print

Cancun, Mexico. Environmental degradation and climate change affect communities around the world. Using their local knowledge and expertise, these communities are often best suited to develop solutions for the environmental challenges they encounter. This recognition was the theme in a GEF Small Grants Programme Side Event of the 5th GEF Assembly called "Partnerships to scale up Innovative Community Approaches". The event was led by Ms. Adriana Dinu, Executive Coordinator and Director a.i, UNDP - Global Environment Facility, who opened the session by stating that "Today, we will hear from communities' leaders from around the world and learn how they are implementing change from the ground up, providing innovative examples that are being scaled up by a variety of different donors and partners."

Before opening with a series of guest speakers, Ms. Dinu introduced the audience to the proliferation of micro-hydro electricity in the Dominican Republic as one of SGP's most stellar examples in fostering innovation at the community level. There, in partnership with CSOs, SGP has piloted and installed 16 small micro-hydro systems benefiting 1,500 families in off-the-grid, mountainous areas. With support of several partners, including the government of the Dominican Republic, this clean energy initiative is being replicated and scaled up to include another 42 micro-hydro systems for 5,500 users as well as reforestation of 7,000 hectares of land. The positive SGP experience has contributed to the formulation of National Law 57-2007 on Renewable Energy Promotion and Incentives through which the government of the Dominican Republic adopted the community-based micro-hydro approach as the main mechanism for rural electrification. The law, which is also reflected in the current National Development Plan, is being implemented through alliances between the SGP and national institutions.

Ms. Dinu then introduced the community guest-speaker series, which offered an opportunity to hear from several community-focused projects that have produced significant socio economic impacts as well as global environmental benefits. To start, participants learned about the story of a grandmother and solar engineer in Burkina Faso, who was trained through the Women Solar Engineer project, - a partnership between the Small Grants Programme and the Barefoot College. The project has trained 71 women in Africa and Asia as solar engineers who then electrified 52 villages, bringing light to more than 3,778 households and 22,739 beneficiaries.

Next, Mr. Naoufel Telahigue, Regional Climate and Environment Specialist from IFAD, shared his experience in working with local partners and rural communities in the Sahel region of Niger. There, his efforts focused primarily on greening the Sahel and helping communities adapt to the effects of climate change. Mr. Telahigue brings more than 12 years of experience working on rangeland rehabilitation, soil and water management, desertification control and climate change issues North Africa, the Middle East and sub-Saharan Africa.

Ms. Anooradah Pooran of the "Association pour l'education des enfants defavoris" (APEDED), in Mauritius, presented her experience leading a green business that empowers women and raises awareness about the use of traditional medicine and natural plants. Through APEDED, 20 mothers of disadvantaged children, produce herbal teas from native, medicinal plants, contributing to the conservation of those plants. Secret Grand-Mère" (Grandma's Secret) Teas – a line of 19 teas - is now sold in countries as far as China and France. The initiative's success has earned it numerous awards including the Emerging Exporters Gold Award,
African Women for Change and the Pride of India Leadership Award.

Ms. Kemi B. Fadojutimi of the Bright Generation Community Foundation, Ghana, presented bamboo bicycles which her organization piloted as an innovative form of clean transport. The bicycles received international attention at the Momentum for Change activities at the last Conference of the Parties of the United Nations Framework Convention on Climate Change (UNFCCC). The construction and recycling of bamboo bikes is far less energy intensive than that of steel bikes and newly cretaed bamboo plantations function as important carbon sinks. Today, local and overseas demand for the bicycles far exceeds the initiatives' current supply capacity. The initiative has won several awards including the 2010 SEED Award; the 2012 Samsung Generations for Peace Award; the 2012 UN Habitat/Dubai International Best Practice Award; and in 2012 the World Business and Development Awards (WBDA).

The event concluded with Mr. Delfin Ganapin, Global Manager of the GEF Small Grants Programme, who invited the attendants to a tasting of sustainable products produced from SGP projects. Samples included organic honey and lion fish from Mexico and herbal teas from Mauritius. 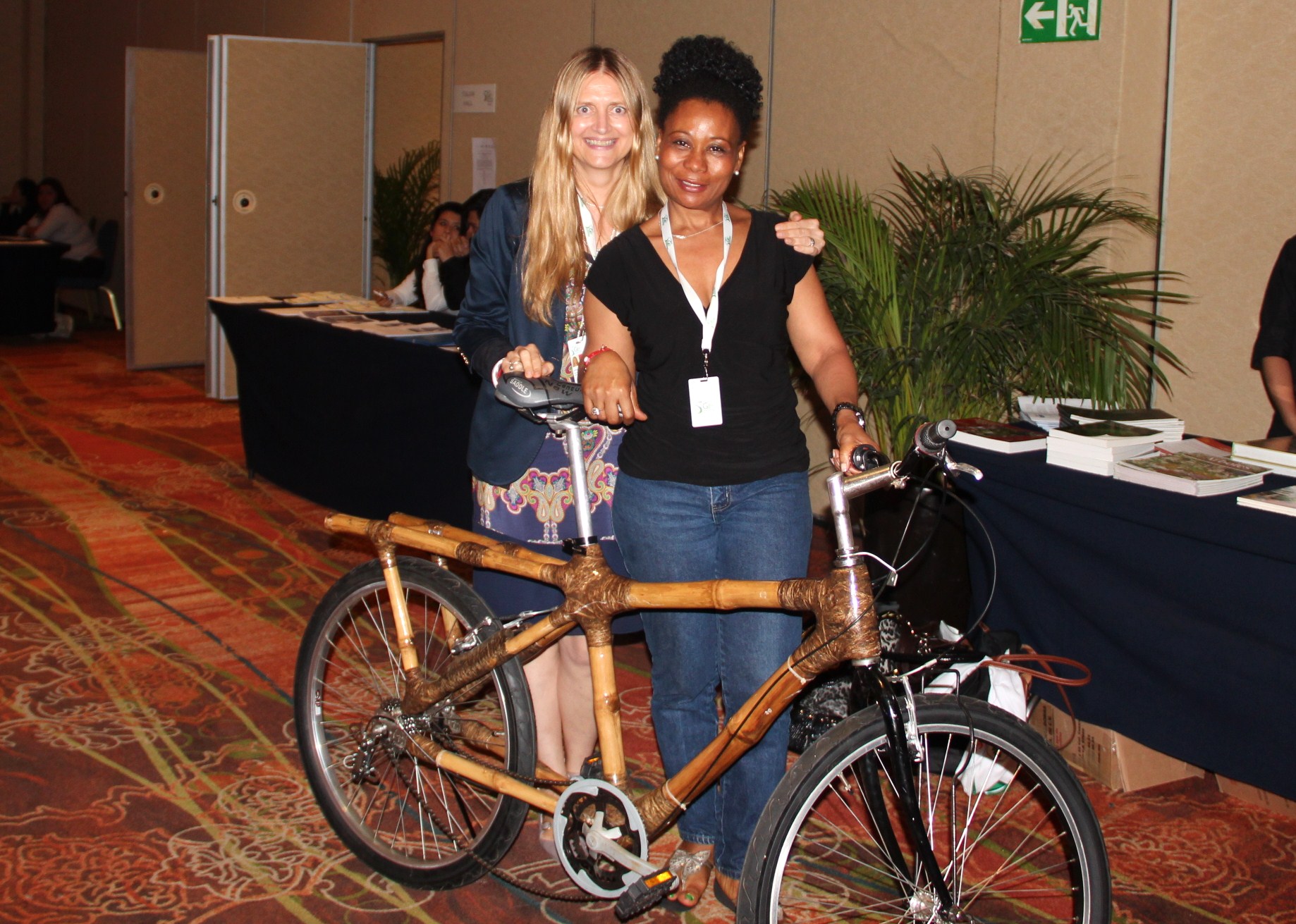 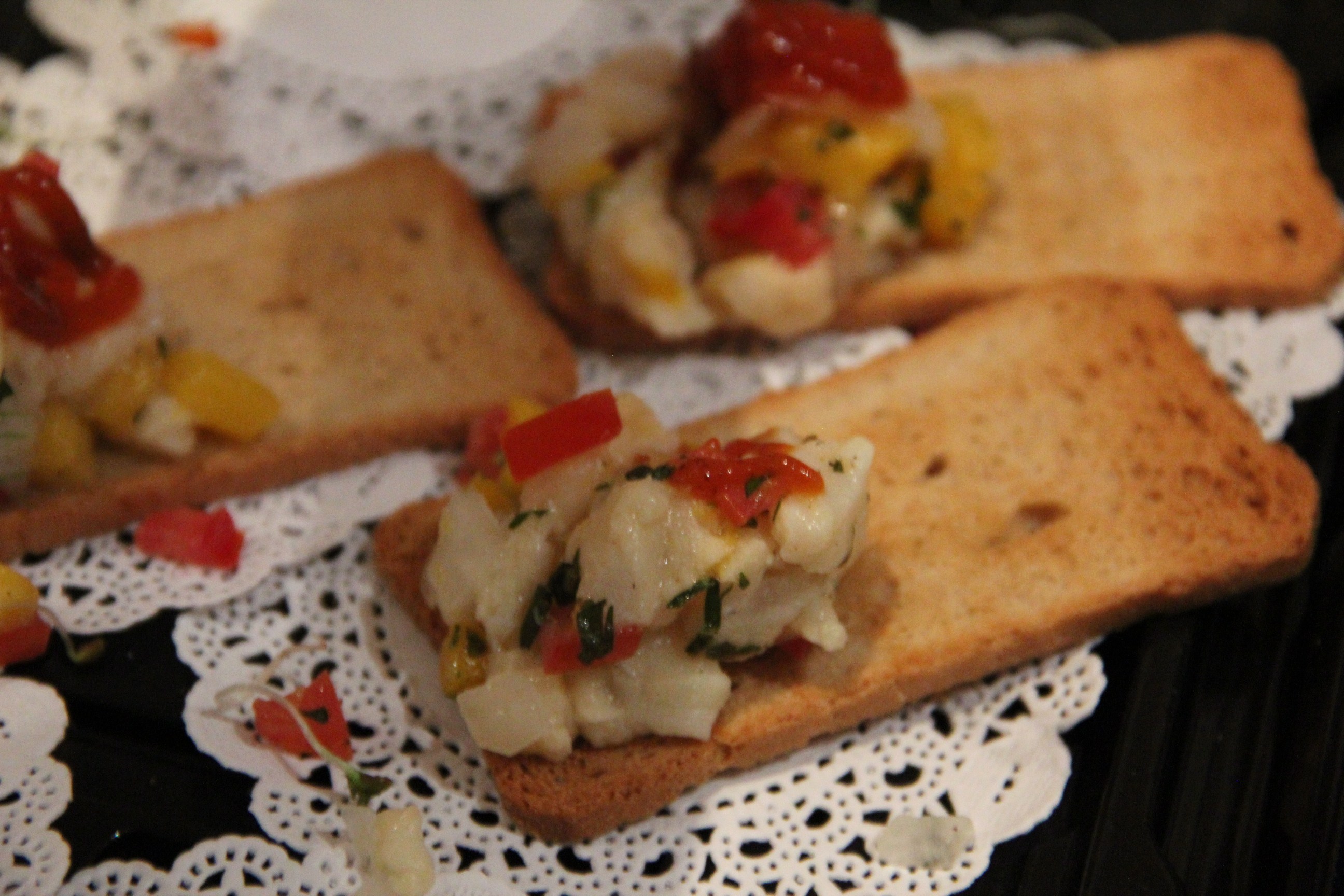