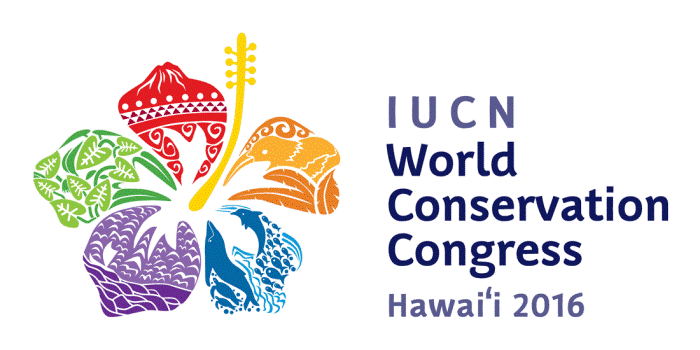 The International Union for the Conservation of Nature (IUCN) World Conservation Congress (WCC) was held on 1-10 September 2016 in Honolulu, Hawai’i with the theme Planet at the Crossroads. Sometimes called the “Olympics of Conservation”, the ten-day congress brought together over 10,000 participants such as leaders and decision-makers from government, civil society, indigenous peoples, private sector and academia to collectively decide on actions to address the most pressing conservation and sustainable development challenges.

ICCA-GSI partners took this opportunity to organize two side events as well as support significant policy outcomes of the IUCN WCC that were relevant to ICCAs. The two side events were (i) Conservation Campus: Conserving nature via self-determination and resistance to destructive development in ICCAs and (ii.) Protected Planet Pavilion Session: Everything you always wanted to know about governance of protected areas... but were afraid to ask!

Moreover, subsequent to collaborations with IUCN WCC, the ICCA-GSI partners supported a number of congress motions that were relevant to ICCAs. These motions include:

The ICCA Consortium will work with the IUCN on implementation, including the development of best practice guidance to be shared with the CBD and UN human rights mechanisms and used in the development of standards for IUCN’s Green List of Protected and Conserved Areas and IUCN reporting on protected areas being proposed for World Heritage status.

Other significant event at the congress was the release of ICCA Consortium’s in-depth report on Recognizing and Respecting ICCAs Overlapped by Protected Areas. The overlap of protected areas and ICCAs is widespread and has often been a source of conflict, rights violation, and missed opportunities for conservation and for social justice. This report discusses overlap situations and presents analysis and case studies of several different governance approaches and other best practices for recognizing and respecting overlapped ICCAs. It is based on research by a group of ICCA Consortium co-authors since 2012, and incorporates input from a dedicated workshop at the IUCN World Parks Congress 2014 and from many members of the ICCA Consortium network.

Navigating Island Earth, the conference’s outcome document outlines the greatest challenges facing nature conservation and calls for a commitment to implement them. More than 100 resolutions and recommendations have been adopted by IUCN Members – a unique global environmental parliament of governments and NGOs – calling on third parties to take action on a wide range of urgent conservation issues. Key decisions include closure of domestic markets for elephant ivory, the urgency of protecting the high seas, the need to protect primary forests, no-go areas for industrial activities within protected areas and an official IUCN policy on biodiversity offsets.