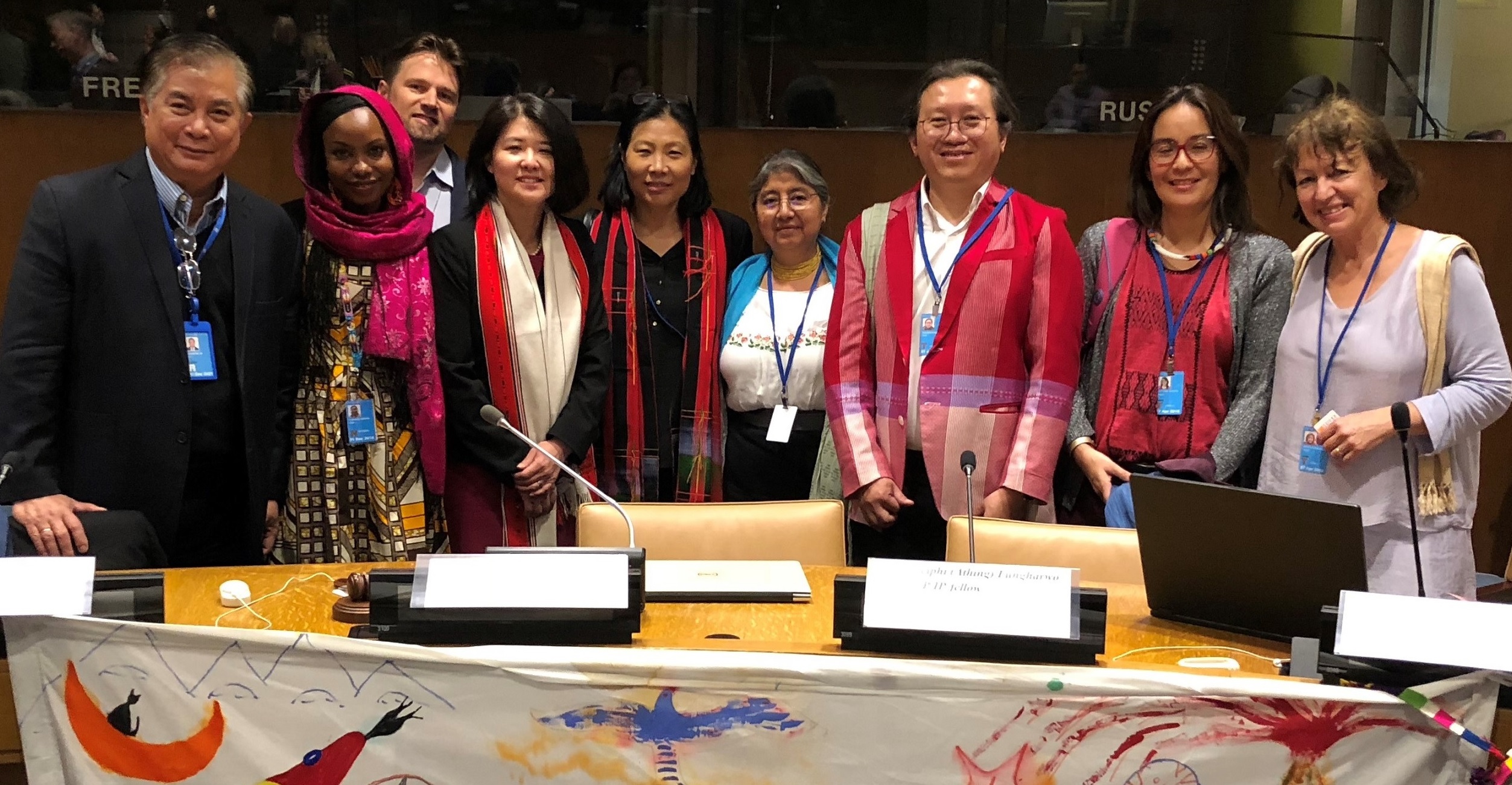 The 17th Session of the United Nations Permananent Forum on Indigenous Issues (UNFPII) was held at the UN Secretariat headquarters in New York on 17-26 April 2018, focusing on the theme “Indigenous peoples’ collective rights to lands, territories and resources”. At the 17th session, Forum members followed a different format than the previous UNFPII annual meetings. The first week hosted open plenary meetings, with no closed meetings, wherein the Permanent Forum discussed all substantive agenda items. During the second week, Forum members held informal meetings with representatives of indigenous peoples, Member States and UN entities. The purpose of these meetings was to draw on information presented during the first week, and channel this into policy recommendations that are strategic, focused and actionable.

In the same regard, the GEF SGP, through its Global Support Initiative to Indigenous peoples and community-conserved territories and areas (ICCA-GSI), organized meetings prior to the Forum in Washington DC as well at the Forum itself in New York.

On 12-13 April, in partnership with the World Wildlife Fund (WWF), the ICCA-GSI supported the engagement of the ICCA Consortium in meetings with the World Resources Institute (WRI) and the Resources and Rights Initiative (RRI) in Washington DC. The intention of the meetings with these DC-based organizations was to share their work and experiences, as well as explore potential areas of collaboration between the four entities: WWF, ICCA Consortium, WRI and RRI.

Of interest is WRI’s experience in mapping. WRI’s LandMark initiative is a platform providing maps on lands that are collectively held and used by indigenous peoples and local communities (IPLCs). For example, 11.3 % of community land has been mapped and documented for tenure security. Discussions with RRI focused on its convening role and advocacy work engaging government and the private sector to enhance opportunities to further IPLC land rights. RRI is also a partner in the Land Rights Now campaign, which could be a first step towards partnership with the ICCA Consortium. The Land Rights Now campaign is a global call to action that seeks to engage and mobilize communities, organizations, governments, and individuals in promoting and securing IPLCs’ land rights.

In New York, a day prior to the launch of the Forum, the GEF SGP hosted an orientation meeting with the ICCA Consortium and WWF. The meeting served to share: 1) UNDP’s engagement with IPLCs over the years; 2) WWF’s programme focusing on inclusive conservation; and 3) the ICCA Consortium’s mission for territories for life. During the Permanent Forum on April 17, a meeting was convened at UNDP with the new organization, Nia Tero, where it shared its vision. Nia Tero is exploring how to collaborate with other organizations, how it can add value to existing work, and fill in gaps if and where they exist. The discussion highlighted the importance of joining networks such as those led by the ICCA Consortium and WWF, and supporting GEF SGP’s country presence for leverage when negotiating with governments, particularly for recognizing and securing ICCAs.

The GEF SGP, the ICCA Consortium and WWF jointly organized a side event at the Permanent Forum on April 20 titled Land and Resource Rights: ICCA Recognition and Scaling Up. The side event provided an opportunity for the ICCA Consortium and the WWF to share its missions and current work, in addition to highlighting examples such as one in Myanmar of how ICCAs are managed on the ground and the kinds of efforts that are needed globally to support ICCAs. The GEF SGP indigenous fellowunderlined that small is good and scaling out is as significant as scaling up in efforts to secure ICCA recognition. The side event also presented an opportunity for the GSI to present its work thus far and encourage other resource partners to engage.