CELEBRATING THE LIFE OF TAGHI FARVAR, A GLOBAL CHAMPION OF NOMADS AND INDIGENOUS PEOPLES AND COMMUNITY CONSERVED TERRITORIES AND AREAS (ICCAS)
Print

Throughout our evolutionary history, human beings have migrated and moved in response to changing climates and the shifting availability of natural resources. Africa, the cradle of humanity’s birthplace, has witnessed successive waves of human migrations moving outwards to Europe, the Arctic, across Asia, and eventually crossing the Bering Straits into the Americas. Today, the genes, languages and myths of indigenous peoples bear testimony to these early human movements to every remote corner of the globe.

The theme of the International Day of Indigenous Peoples, held on 9 August, is focused this year on ‘Migration and Movement’. Building on a review initiated by UN agencies in 2006, indigenous peoples’ own experience of these displacements has been characterized by a dynamic tension of ‘push and pull’ factors exerted on their traditional territories, marked all too often by forced and painful dislocations, but also by the struggles of nomads and pastoralists to maintain their ancestral migration corridors. With an ever-increasing share of the global population living in towns and cities, many of these movements have also resulted in a “contradictory and ambiguous positioning of urban indigenous peoples” (UN-HABITAT 2010). 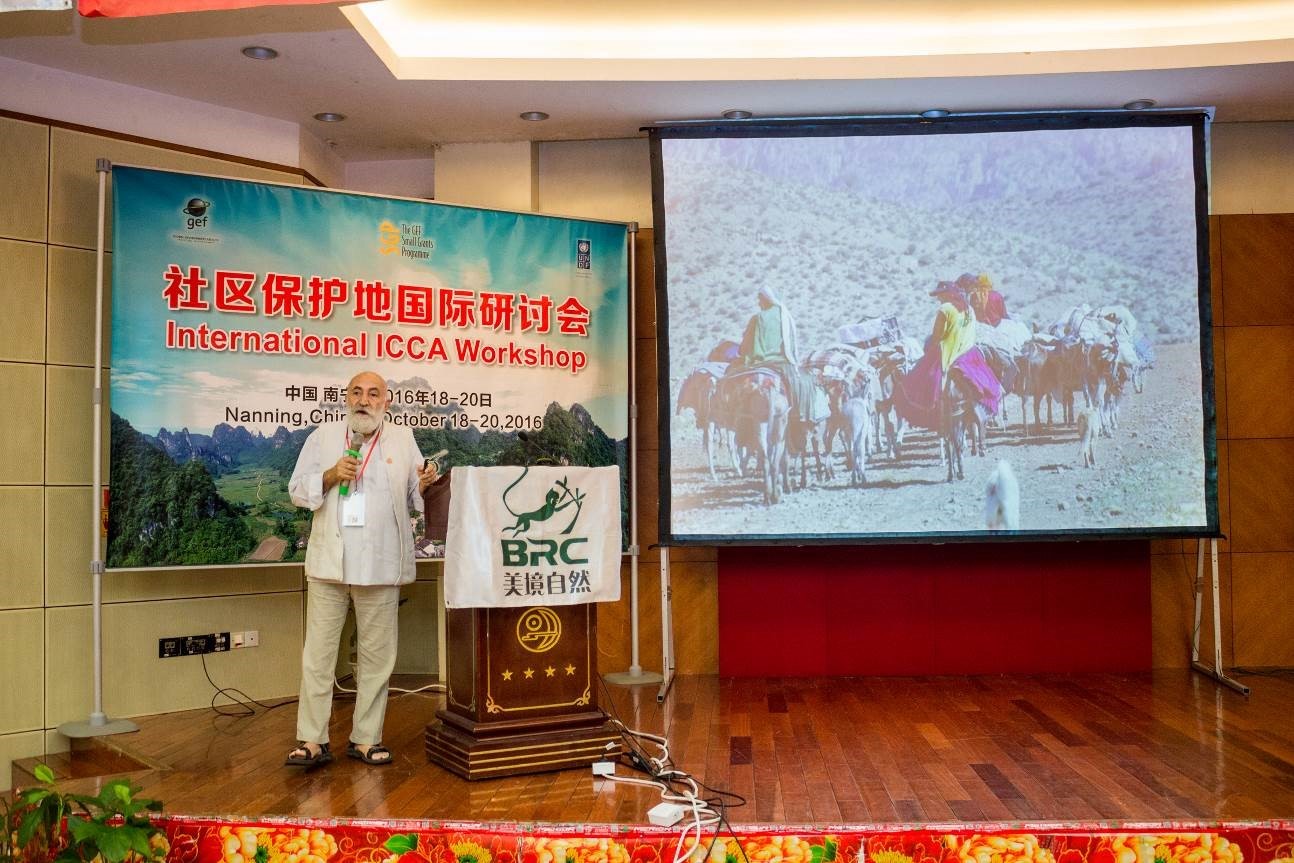 On 16 July 2018, the world recently lost one of the great champions of nomads’ lifestyles, territories and rights. As one of the founders of the World Alliance of Mobile Indigenous Peoples (WAMIP) in 2003, Dr. Taghi Farvar was a member of the Shahsevan indigenous pastoralist peoples of Iranian Azerbaijan. In many senses a ‘global nomad’ himself, for our over four decades Taghi was a charismatic and inspirational leader of numerous social movements. In his native Iran, he fought all his life for the recognition of the rights of mobile indigenous peoples not to abandon their collective ways of life and traditions. At the international level, Taghi worked for many years with the International Union for the Conservation of Nature (IUCN); with pastoralists in the horn of Africa and beyond; as well as serving as the founding President of the Global ICCA Consortium. 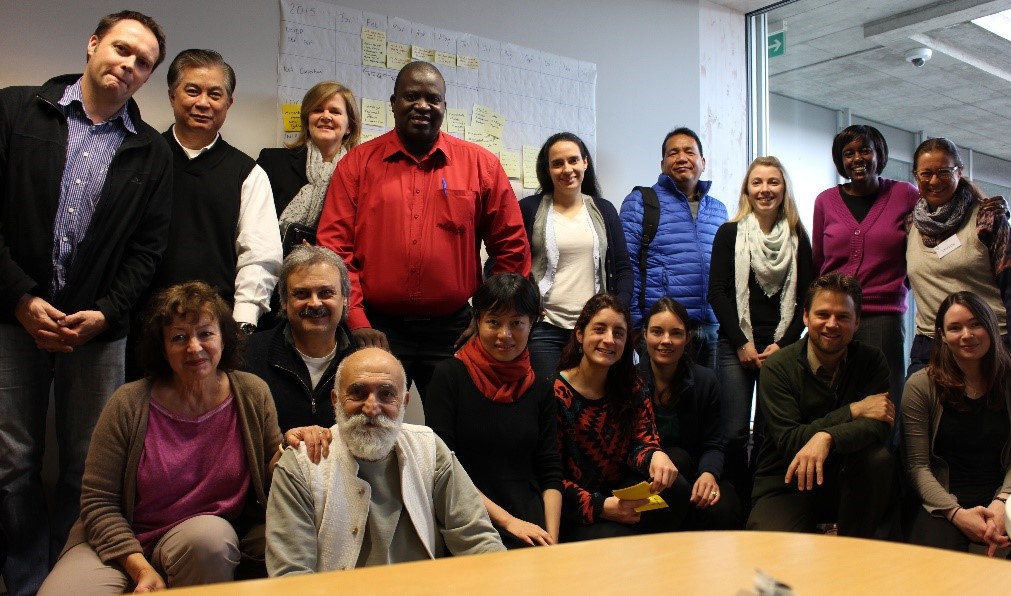 Starting in 2014 with funding from the German Federal Ministry of the Environment (BMUB), the GEF Small Grants Programme has been delivering small grants to ICCAs in twenty-six countries, as well as support to strategic partners and allies at the global level, including the ICCA Consortium; the IUCN Global Protected Areas Programme; as well as the Global ICCA Registry hosted by the UNEP World Conservation Monitoring Centre, towards the achievement of the CBD 2020 Aichi targets. To this end, the Global ICCA Support Initiative (ICCA GSI) has been funding numerous small grant projects looking to revitalize and restore the transhumant pathways, governance systems of mobile indigenous peoples, and livelihoods of nomadic peoples across the world. 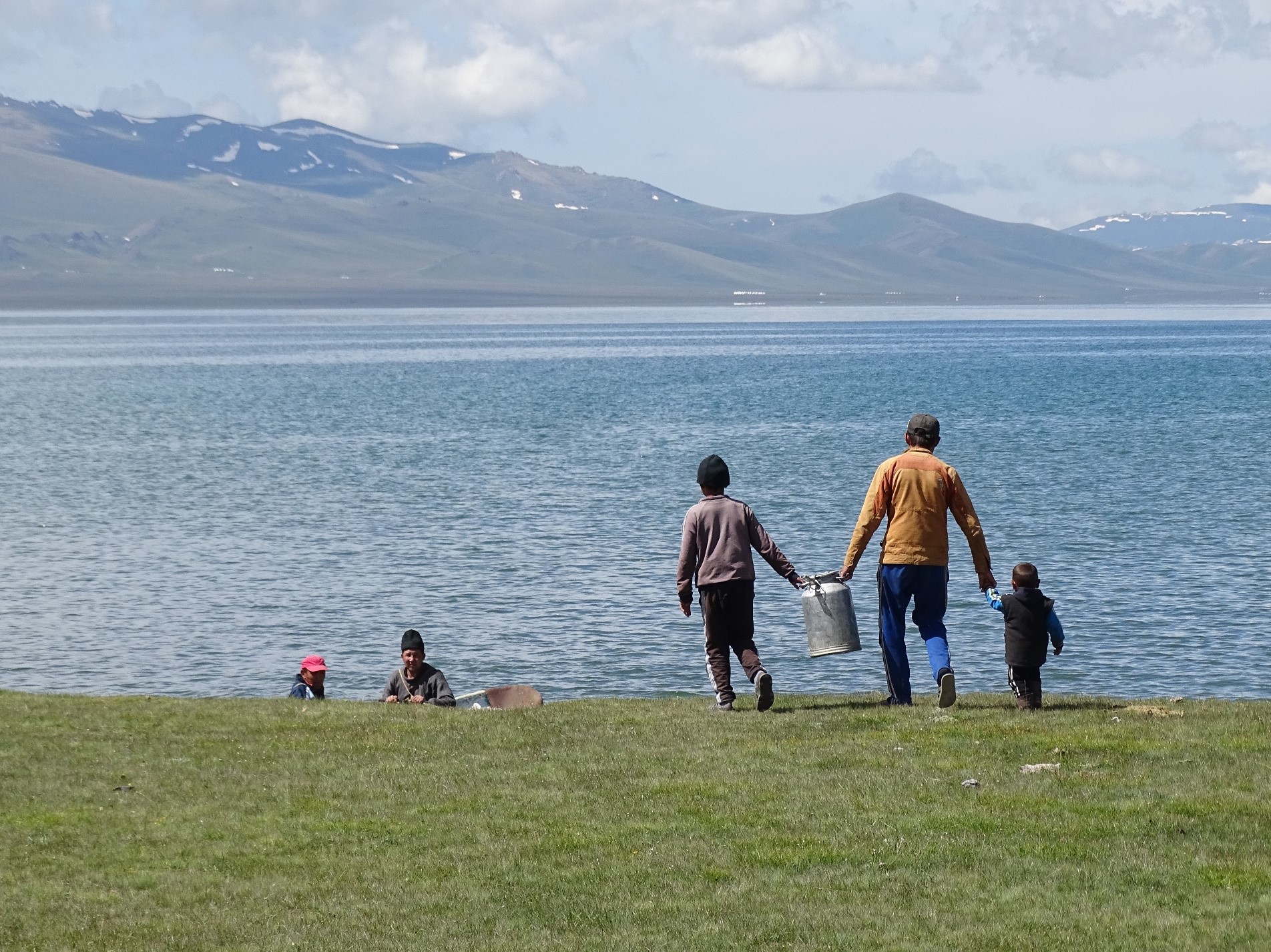 In Morocco, the ICCA GSI has strengthened efforts to recognize and protect the ancient system of ‘Agdals’, a customary system of summer pastures in the High Atlas Mountains which govern the grazing rights of pastoralists within sustainable use limits; as well as the ‘Idaougnidif’ system of traditional agricultural terraces. In Mongolia, Kyrgyzstan, China, and elsewhere in Central Asia, the SGP has worked with pastoralists to restore rangelands, diversify livelihood options, and revitalize the traditional knowledge of customary institutions negatively affected by decades of intensification of herd sizes through state-run agencies. At the global level, the GSI has supported South-South knowledge exchanges between mountain indigenous peoples in collaboration with the International Network of Mountain Indigenous Peoples (INMIP). 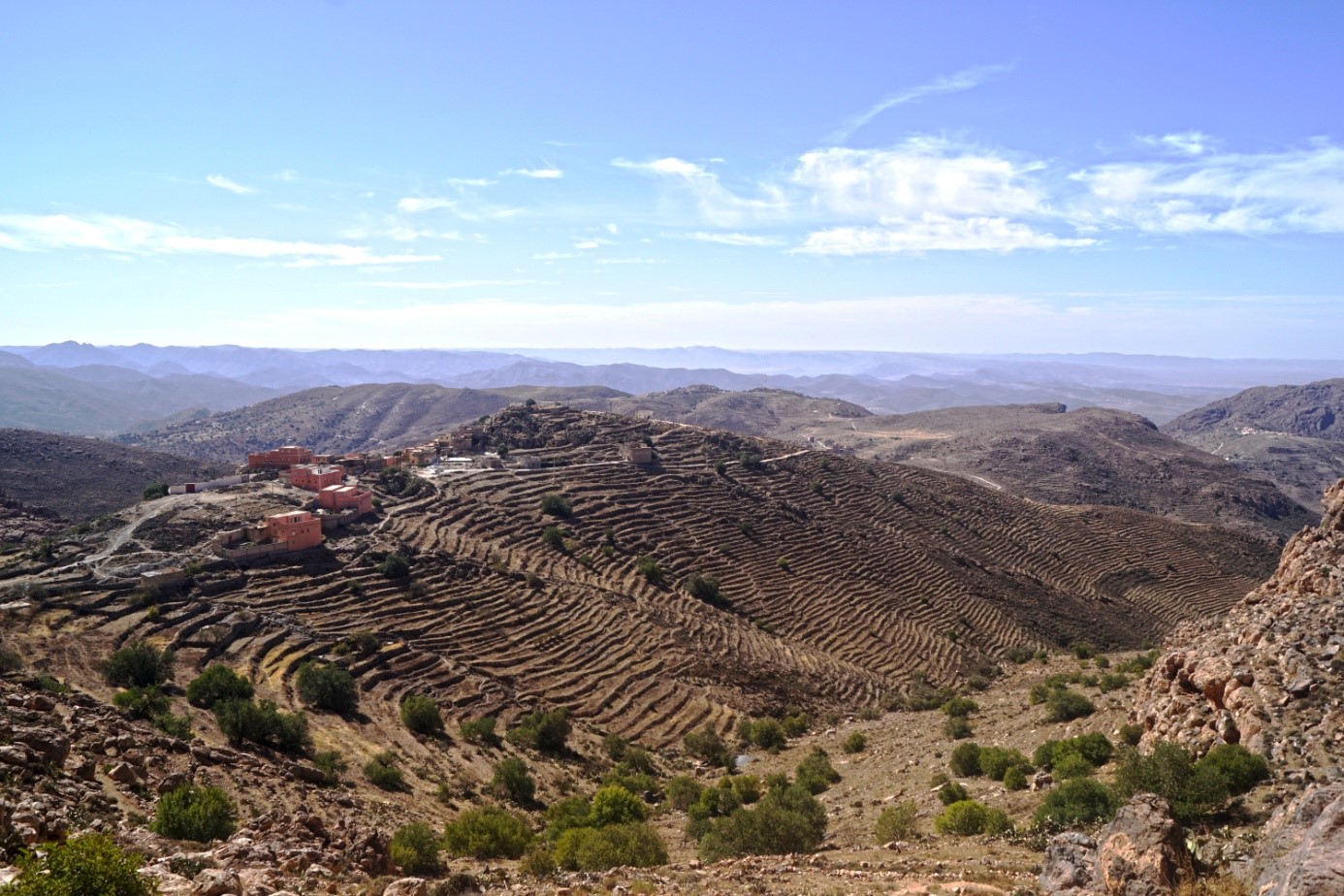 As President of the ICCA Consortium, Taghi fought tirelessly to advocate for the migratory routes of mobile indigenous peoples as temporal “conserved areas”, supported by the co-creation of a solid scientific evidence base generated by a series of ecological, governance and landscape assessments to demonstrate the “non-equilibrium” conditions of semi-arid ecosystems – a point generally well understood by the dynamic spatial movements and livelihood strategies of mobile pastoralists, but often invisible to policy-makers in urban centres, far-removed from realities on-the-ground.

Through the work of the Convention on Biological Diversity (CBD) SBSTTA in support of the diversification of governance types for protected and conserved areas (gradually expanding to include a broader, and more equitable, understanding of conservation and sustainable use), as much as through the innumerable lives he touched, Taghi’s legacy will be acutely felt far-and-wide, mirroring our nomadic origins, as well as presaging a return to collective territories of life as part of our common futures. 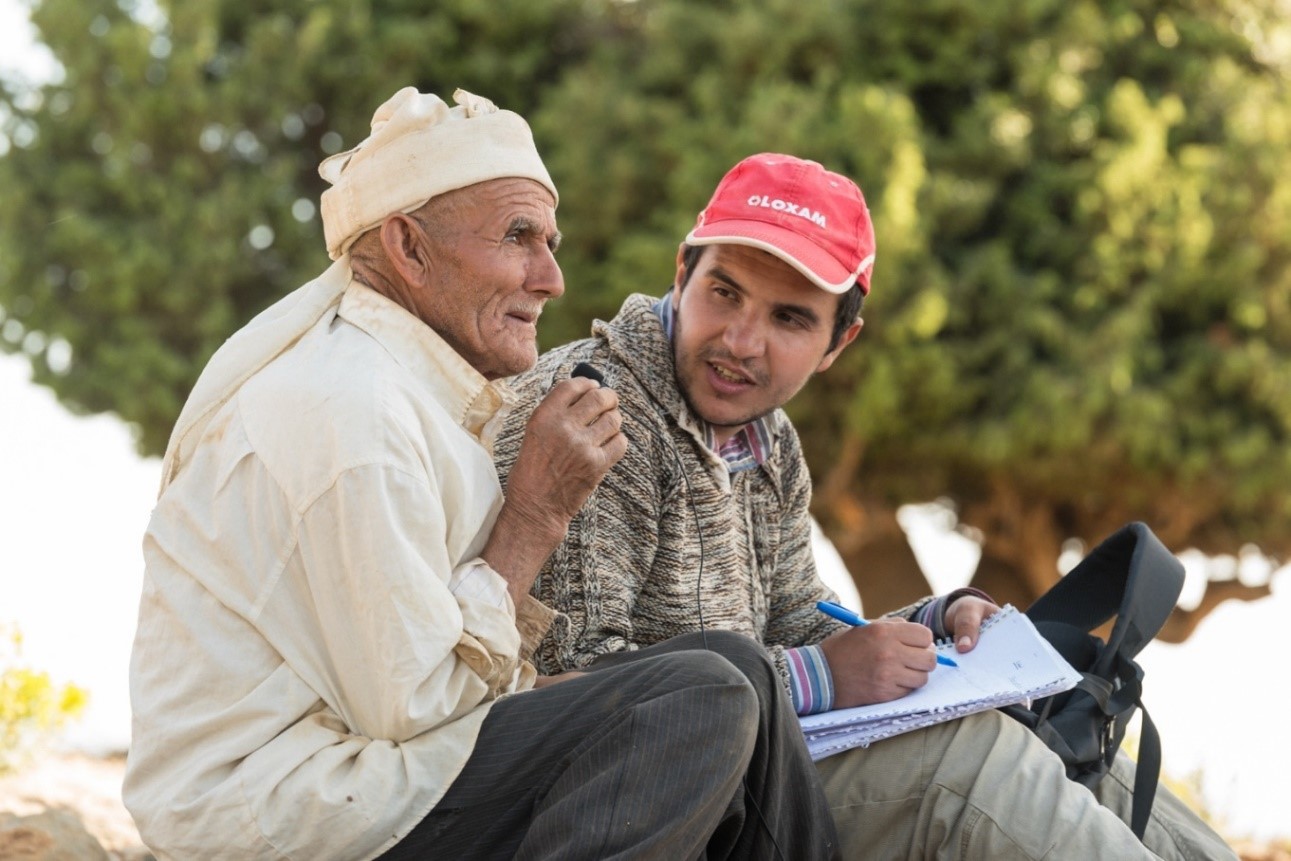