The hurricane heavily damaged the Belize Barrier Reef, a UNESCO World Heritage site. Times were hard for the Placencia community who had lost homes, farms, fishing grounds, and all means of feeding their families. When the coral died, fishermen from the village also noticed that the fish disappeared. 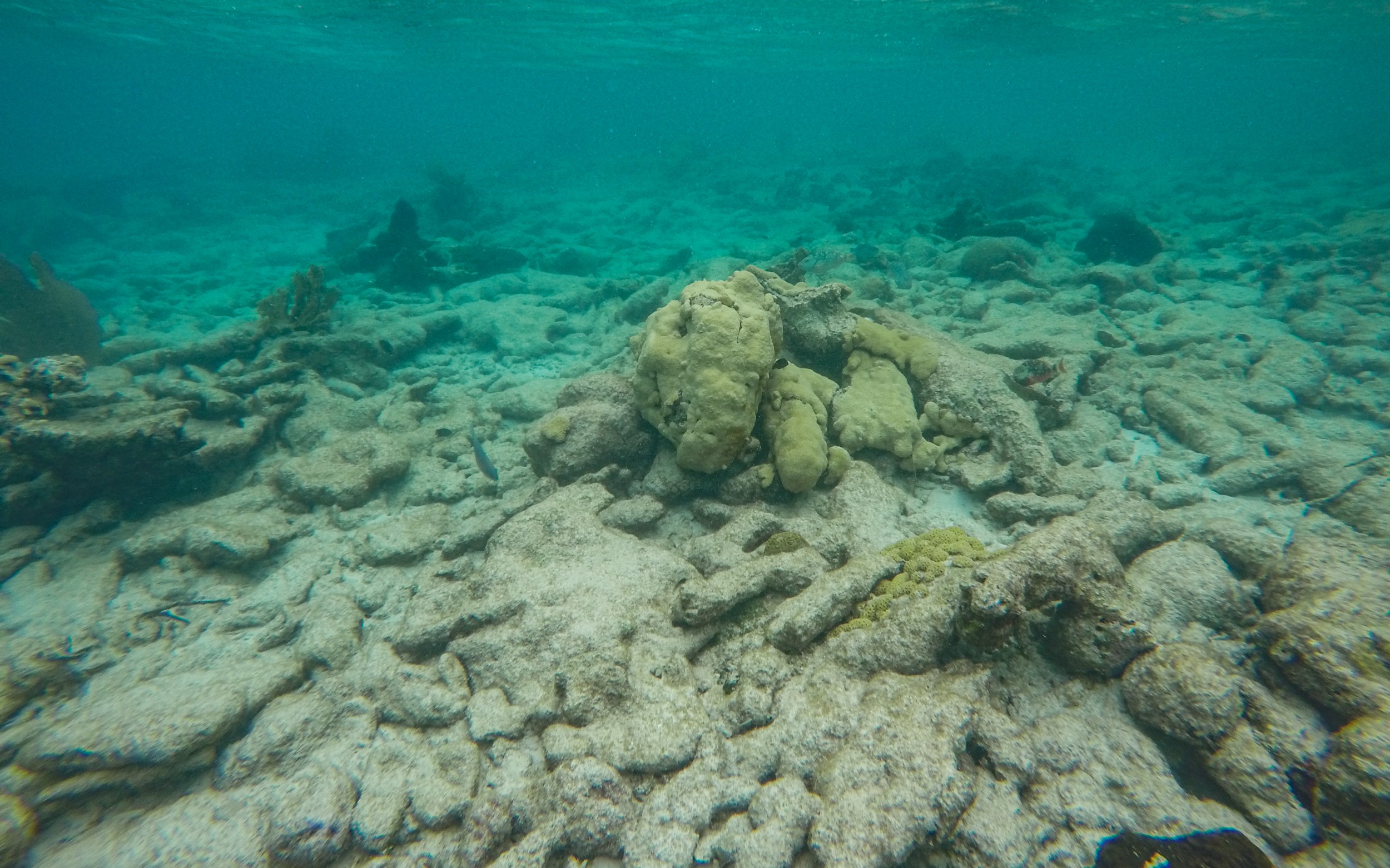 Fragments of Hope was borne out of Belize’s moment of despair.

The community-based organization is the first in Belize to adopt micro-fragmenting, a revolutionary super coral growing technique. The pioneering group is also the first to take on the coral growing in Belize, which many believed couldn’t be done.

“The idea of transplanting coral to Laughing Bird Caye was dismissed by many, saying there was only rubble left, the donor reef site was too far, and disease or bleaching might kill them. People did not think there was a need, until 2006 when the Caribbean acroporids (hard coral) were listed by the U.S. as an endangered species,” Lisa recalled.

But the work really took off after she adopted micro-fragmenting and further innovated the process. This revolutionary coral growing technique was discovered by American marine biologist Dr. David Vaughan around 2006 when he accidentally broke a staghorn coral in his laboratory tank and returned a week later to find that the broken pieces had grown to their original size.

Micro-fragmenting has been a game changer for Lisa, and marine biologists worldwide. It speeds up coral tissue regeneration by 25 to 50 times. The coral is cut into one to five polyps, which are tiny, soft-bodied organisms. Through repeated dividing and fusing, coral can reach maturity in two years, a process which would normally take at least 100 years. The full-grown coral are also sexually mature, which would otherwise take at least 75 years. By transplanting unrelated coral colonies onto permanent sites, marine biologists can ensure healthier cross-breeding and coral that are more resilient to disease and bleaching. 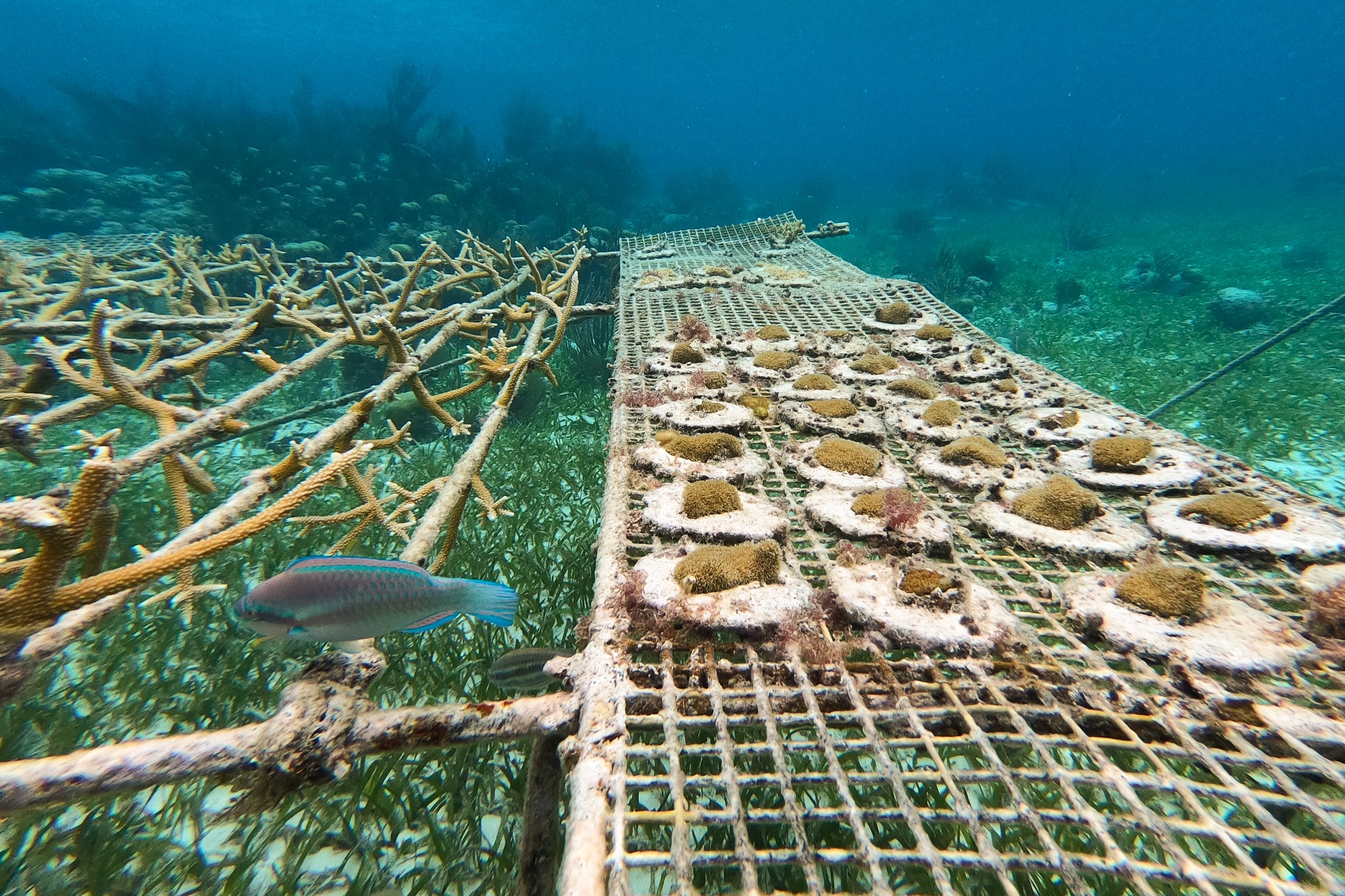 Lisa Carne and the Fragments of Hope grow new micro-fragments directly in shallow inlets of the reef in a scene reminiscent of an underwater bakery. Small coral cuttings of staghorn, elkhorn, and brain coral, no bigger than a pinkie finger, are placed on ‘cookies’, made from Portland cement, sand and water. Marine epoxy or crazy glue are used to glue coral in place. These are laid out on underwater coral nursery tables, like cookies cooling on baking racks. The ocean’s current and fish clean the algae and debris from the growing coral.

After a year, the coral are transplanted to permanent homes further out in the ocean. They must be outcropped no later than three to four months before hurricane season. This ensures they take root and can withstand storms.

Today, swimming out from the shores of Laughing Bird Caye National Park, visibility is murky and the seabed is lined with mounds of dead coral and conch shells. One wobbly brain coral, half collapsed and diseased, and a lone juvenile yellow snapper are the only signs of life. Within five minutes, the water turns a clear turquoise blue and the seascape opens up to illuminate an ocean floor heavily blanketed in living staghorn coral and a kaleidoscope of young fish.

“At Laughing Bird Caye, we’ve been able to quantify that since Hurricane Iris we had less than six percent live coral cover after Hurricane Iris in the shallow reefs. And through our work in just seven years or so, we have now increased that coral coverage to well over 50 percent by 2017,” Lisa says. This initial work was financed from the Protected Areas Conservation Trust (PACT), which was established through a grant to Belize from the GEF Small Grants Programme, implemented by UNDP.

And Lisa says there are many steps that people can take to protect your own environment. 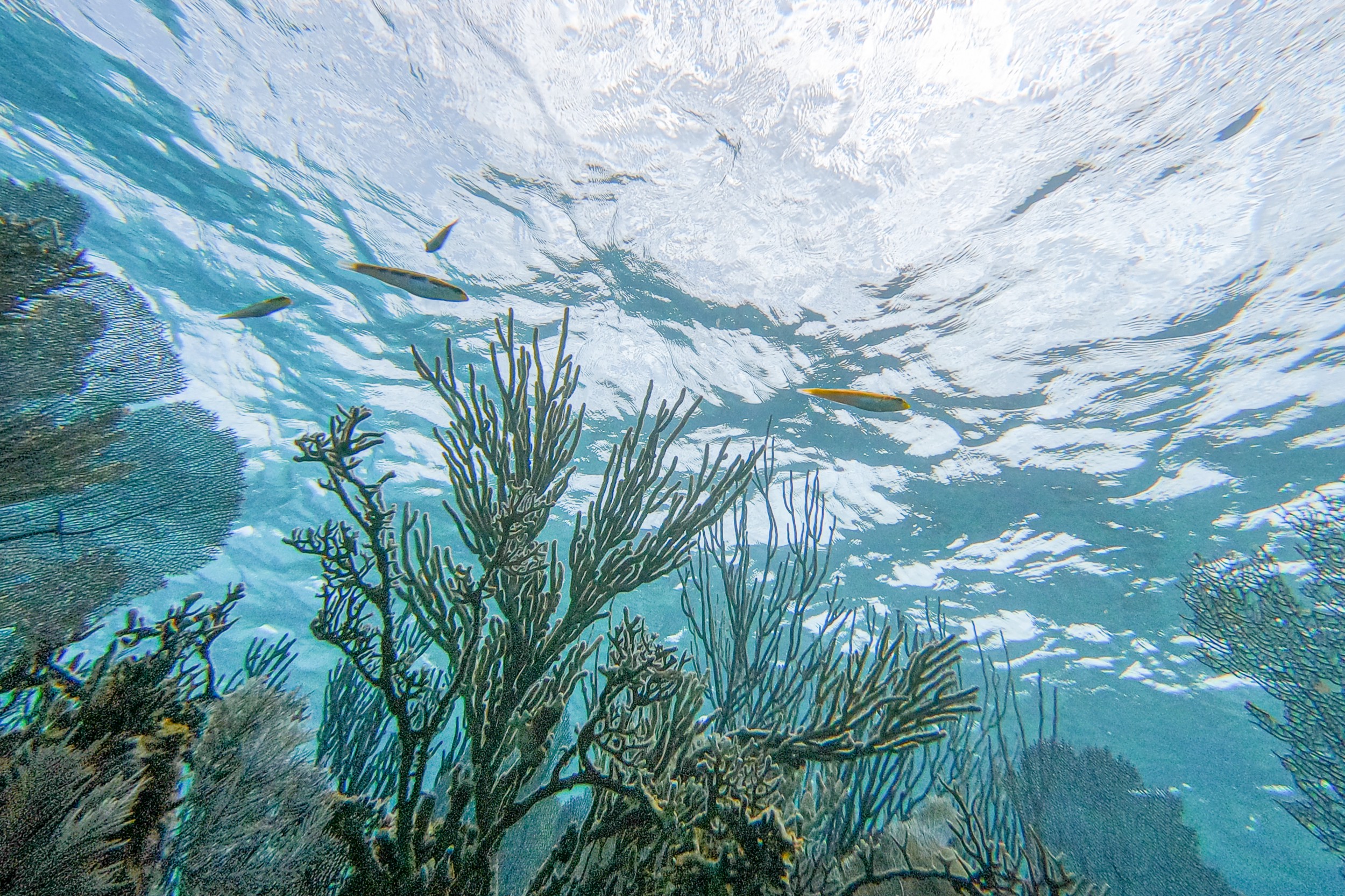 “Even though climate change itself may seem overwhelming or it may seem like your individual efforts don’t matter, there are smaller things you can do that impact local sites. The message I want to make sure people understand is that although greenhouse emissions may seem like a big problem that an individual can’t solve, you can make small changes in your lifestyle and habits. You can vote wisely wherever you live for politicians who are addressing the issue of climate change, acknowledge it, and want to do something about it. If you’re visiting a coral reef tourist destination, abide by the local regulations. Don’t use sunscreen that cause coral bleaching, be an aware consumer of the purchases you’re making and abide by the local seafood regulations,” said Lisa Carne.

For more information about our work in Belize with the Global Environment Facility, visit UNDP Belize here.

Watch UNDP Belize and Fragments of Hope in action.