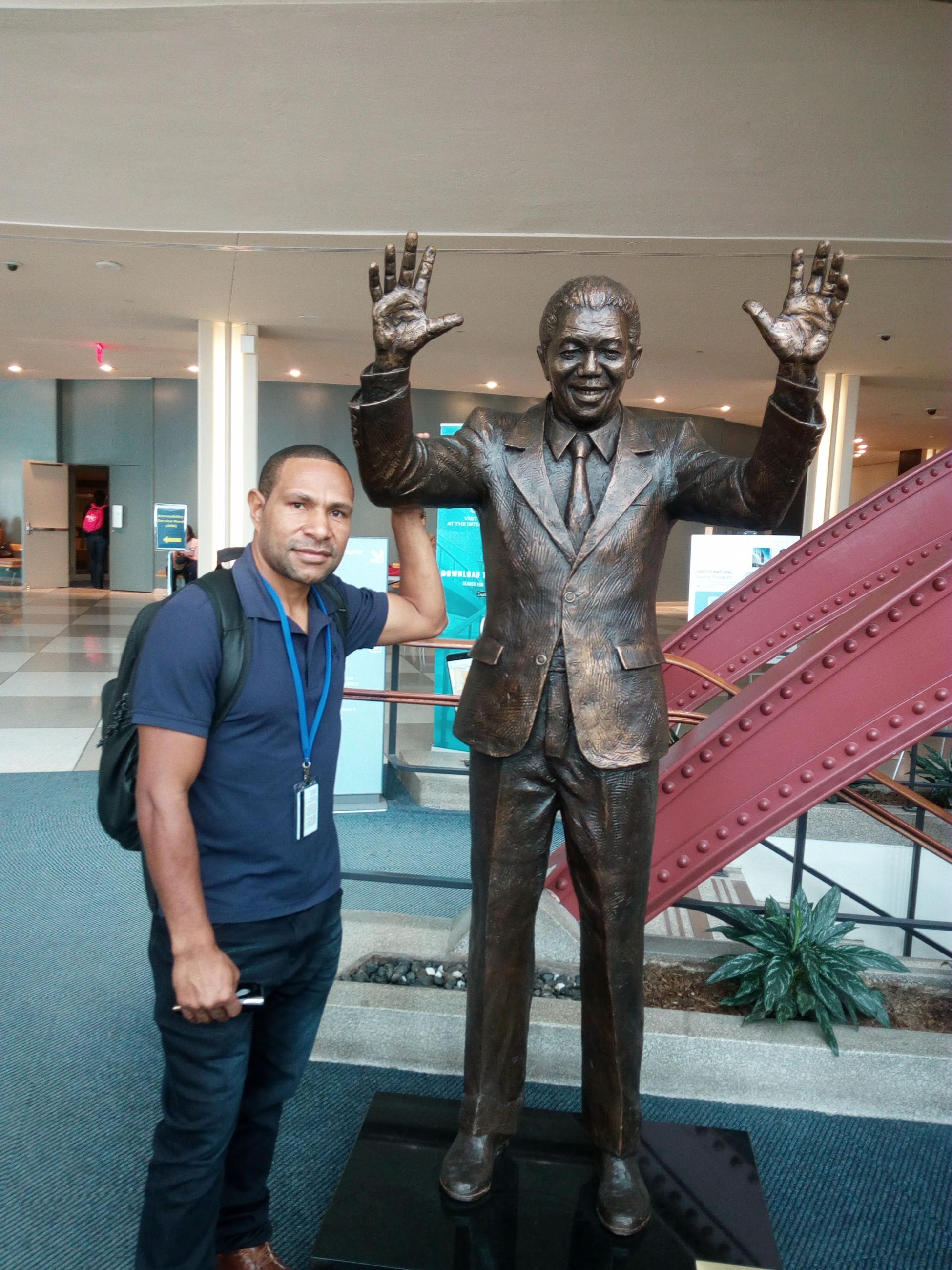 Currently I’m under the GEF Small Grants Programme, working with them and then going out to the field visiting Indigenous communities. I have a small community organization. We are diverse. We are so many of us, so we have approximately 8 million people now. We speak more than 800 languages, we are culturally and linguistically diverse. My whole country is made up of Indigenous Peoples.

I got an Indigenous Peoples scholarship through the Global Environment Facility Small Grants Programme. I am a national fellow. I’ve been looking at the relationship that people have with nature, how environment influences people’s livelihoods. In terms of conserving biodiversity we have to look at how it is from the local people’s perspective, because most of the approaches now in Papua New Guinea are seen from the outside perspective, which doesn’t capture what we local people see. What is important for our culture and for the sustenance of our livelihoods has not been considered. That’s the main thing that I’ve been working on, and also trying to work with communities to help them sustain their livelihoods through some of the projects that they have within their communities.

We are facing the impact of climate change. The weather has changed a lot in our community. Fruiting seasons, like red bananas and some of the foods that we have, it all comes in season, but now it’s no longer that way. There’s no proper season, so that’s one thing we are facing. And the other thing is, we have only two climates: dry and wet. The dry season is from March to July or August, and the wet season is November or December until January or February. Now it’s no longer that way; rain is coming and going any time, and the sun is coming up any time, so it’s like everything has changed.

Most of what the communities are doing now to be resilient and to mitigate this, they are trying to look at how they can be able to continue to use what they used to use in the forest before, like in terms of nuts and fruit in the forest. Also they’re trying to maintain traditional seedlings that have been used from the past until now. They’ve seen the difference between those new seedlings that were brought in by people only last for a few months. But the traditional seedlings are there in any season. That’s why they’re trying to maintain those sort of foods that can keep them going when it’s prolonged drought season, or even when it’s raining.

One of the things that I see common throughout PNG is the negligence that the government has given to the communities, to the people. People have been struggling to live a better life. They don’t deserve to be  treated that way or don’t deserve to be left in that sort of situation. But I think the way we’ve been living before is one of the ways that kept going for so many generations until now. With this knowledge that we have that has been passed on for generations, in terms of food or clothing or our value system, this will keep us going and we can become a better, stronger group of people as time goes by.

The main goal for me at the UN Permanent Forum is to learn as much as I can from the workshops, from the people that I meet. I want to extend or broaden the network that I have, because as an Indigenous person coming from an Indigenous community, I see that most of the concerns and issues that we are faced with are all the same, coming in different context experiences in different countries. I really want to get those connections with other Indigenous communities, learn from them, and then use the experience to do the best I can to help the communities back in my country.'

Author
Ben Ruli
- *This article appeared in the September Isuue of Cultural Survival Quarterly Magazine and can be found here.
Older Story
SGP events during the UN Climate Summit 2019
Newer Story
Loss of Traditional Knowledge is Due to Lack of Documentation