GUARDIANS OF THE AMAZON: EMPOWERING INDIGENOUS WOMEN TO CONSERVE THE FORESTS OF THE COLOMBIAN AMAZON
Print

Protecting the forests of the Colombian Amazon, while improving the living conditions of the communities that inhabit them, is the mission of the Guardians of the Amazon. Specifically devoted to empowering indigenous women to not only participate in – but become leaders of – conservation and governance in their collective territories, Guardians of the Amazon is an alliance that involves roughly 2,500 indigenous women in the departments of Vaupés, Amazonas, Putumayo, Caquetá, Guaviare and Guainía, in southeast Colombia.

Colombia’s Amazon region makes up a significant percentage of the country, covering 40 per cent of its landmass with about 39 million hectares of forests, most of them in indigenous territory. It is estimated that there are around 1.9 million indigenous people in the country, of which 150,000 live in the Amazon in indigenous reserves and national protected areas. Photo: Visión Amazonía. Therefore, forest conservation depends in large measure on the good governance and management of these territories. However, deforestation, oil concessions, armed conflict and livestock rearing – which has spread to territories that were previously inaccessible due to the presence of the Revolutionary Armed Forces, which are now demobilized – have all made it increasingly difficult for indigenous peoples to preserve their culture and protect their territories.

Historically, indigenous women in the Amazon have been profoundly connected to the production of food and the cultivation of medicinal plants. This is the basis for their vast knowledge about the forest and the management of its resources; these resources in turn serve as the foundation for the physical and cultural survival of indigenous peoples in the region. However, whilst the key role that indigenous women play in their communities and in the conservation of Amazonian forests is widely understood, men are frequently still the decision makers on land use and management.

“This project seeks to allow women to take paths that empower them, because before, women were very deferential here", explains Shary Lexi Jipa Garai, Coordinator of Women, Family and Children of the Association of Indigenous Councils from Alto Río Caquetá, one of the community-based organisations supported by the Guardians of the Amazon. "The men always spoke, but now we can see empowered women in their territories. As a result of a meeting that happened months ago, some of them have taken official positions. We now have female coordinators and even four female governors, so this project has given visibility to the role of women and their leadership is very strong here.”

The Guardians of the Amazon are supported by the Global Environment Facility’s Small Grants Programme (SGP), implemented by the United Nations Development Programme, and the REDD for Early Movers (REM) Amazon Vision Programme in Colombia. Read their full story here (also available in Spanish). 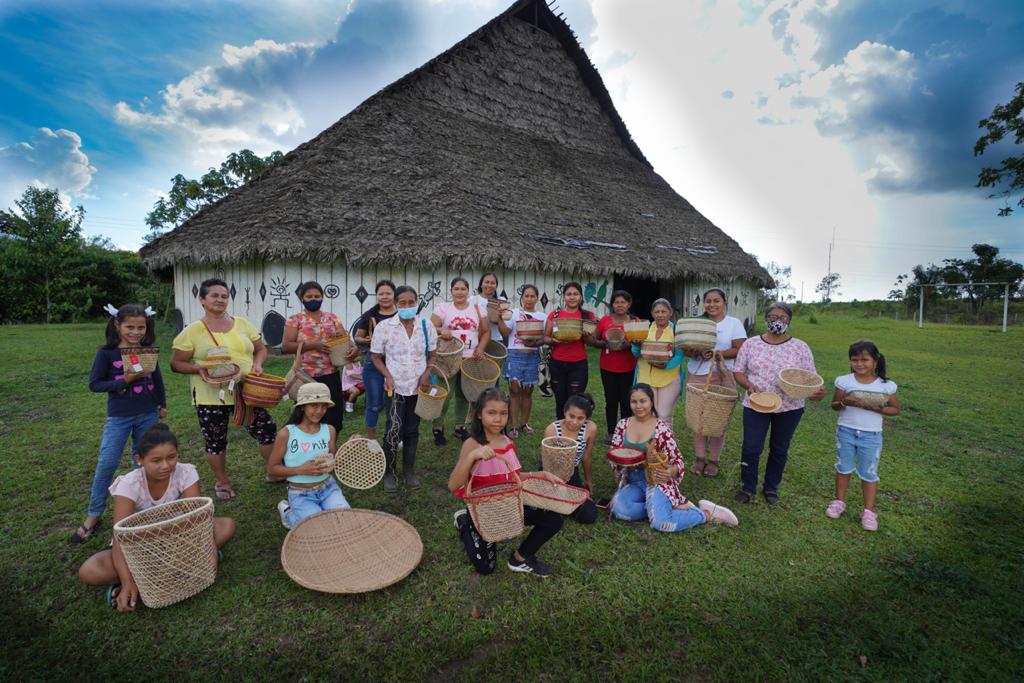