A BREATH FROM THE STOVE
Print

In the Huetar Indigenous Territory of Zapatón in Puriscal, Costa Rica, 15 women have reduced their consumption of firewood used for cooking by 64 per cent. It was in July 2021 the local community received a new stove, thanks to the support from the BIOMATEC foundation and the Small Grants Programme (SGP), a corporate programme of the Global Environment Facility that is implemented by the United Nations Development Programme and in partnership with the Advisory Commission on Land Degradation (CADETI, for its name in Spanish), the Ministry of Environment and Energy (MINAE), and the Ministry of Agriculture and Livestock (MAG).

Ms. Julieta Murillo Rivera´s hands already know exactly how much salt and flavour to add to the chicasquil picadillo (spinach hash). At 67 years old, this Huetar Indigenous woman wakes up every morning before sunrise and fires up her woodburning stove, making fresh and wonderfully smelling corn tortillas, beans, eggs, chicken and traditional picadillos (hash). The fire that lights up the darkness of dawn with streaks of red light no longer emits puffs of dark smoke. The air around the fire is now cleaner. The stove still engulfs splinters of native woods. The same ones that Ms. Julieta brings from the nearby forest or that her husband Jorge Garcia Salas collects and chops to fuel her stove. But now everything is different.

Now Ms. Julieta needs 64 per cent less firewood for her stove. She is an example of local efforts making a global impact, during a time when the warning lights of global warming can no longer be ignored or postponed. From a mountain in Puriscal, Ms. Julieta and 15 other Indigenous women from her community set an example for other people, families, small and large businesses, and even countries. Their message is that it is possible to change energy consumption habits that have been ingrained for decades and make a difference. Read the full story here. 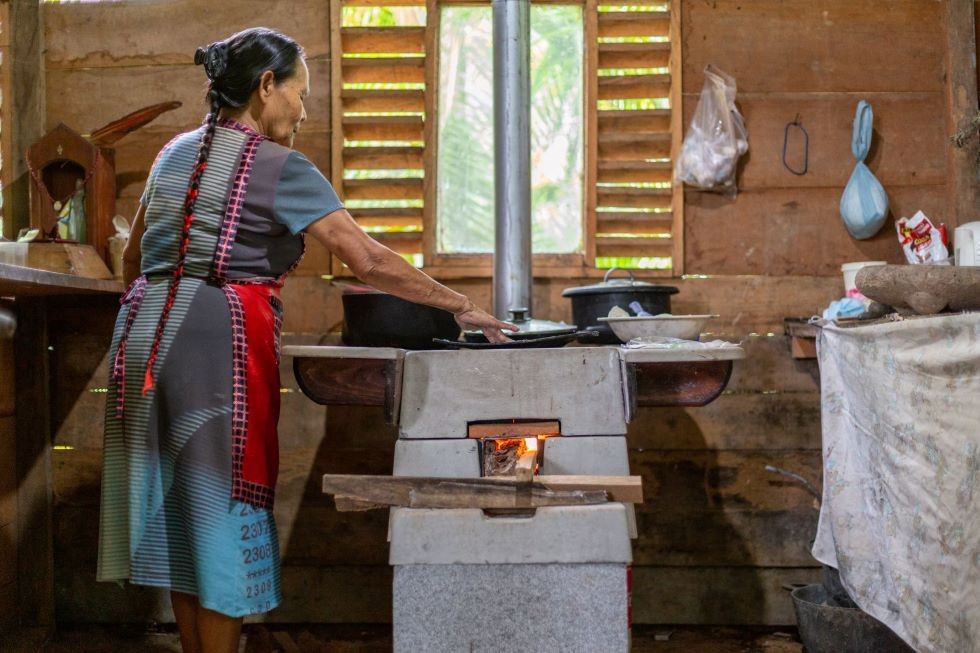 Older Story
Fighting hunger, protecting wildlife
Newer Story
In Turrubares, the air is clearner with the aroma of coffee with milk