The 2nd Asia Parks Congress was held in Kota Kinabalu (state capital of Sabah), Malaysia from 25-29 May 2022 to set the agenda for protected and conserved areas in Asia for the next ten years and discuss the implications of the Convention of Biodiversity's post-2020 Global Biodiversity Framework (GBF) for the region.  Under the theme of Parks for People and Nature, the Congress attracted over 1,200 multi-level stakeholders from 49 countries in Asia and beyond representing government agencies, NGOs, international organizations, youth, Indigenous Peoples and local communities, academia, and the private sector. 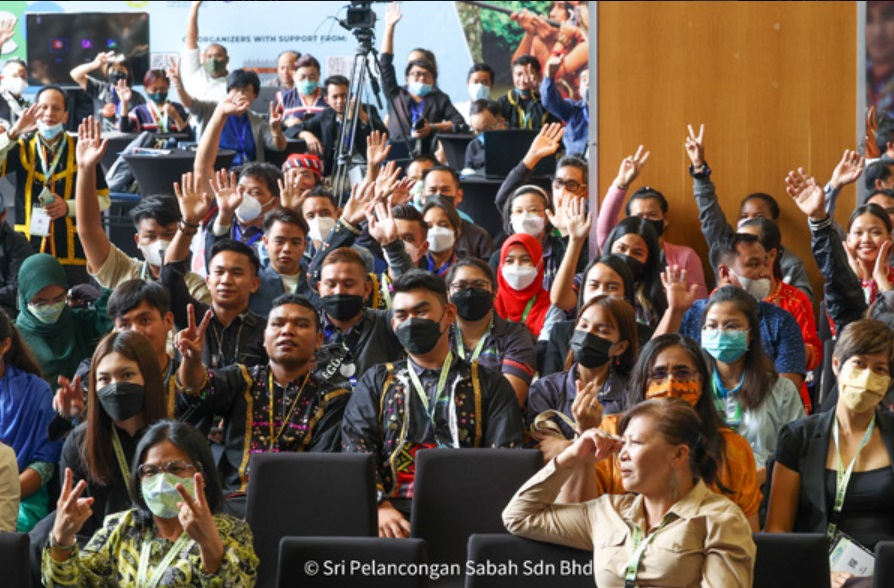 Jointly convened by Sabah Parks, Malaysia and the International Union for Conservation of Nature (IUCN), the Congress had a rich programme of plenaries, working groups, pavilions, events, a special Indigenous peoples' and local communities' forum, and a youth forum discussed and proposed solutions to the most pressing issues facing the conservation of nature in Asia today.

In support of highlighting the importance of territories and areas conserved by indigenous peoples and local communities (ICCAs), one of the four governance types in Protected Areas as defined by IUCN, the Global Support Initiative to ICCAs (ICCA-GSI) organized side events at the Indigenous Peoples and Local Communities Forum. The ICCA-GSI also supported the participation of indigenous peoples and local communities, several ICCA Consortium members, and the SGP National Coordinator in Malaysia. 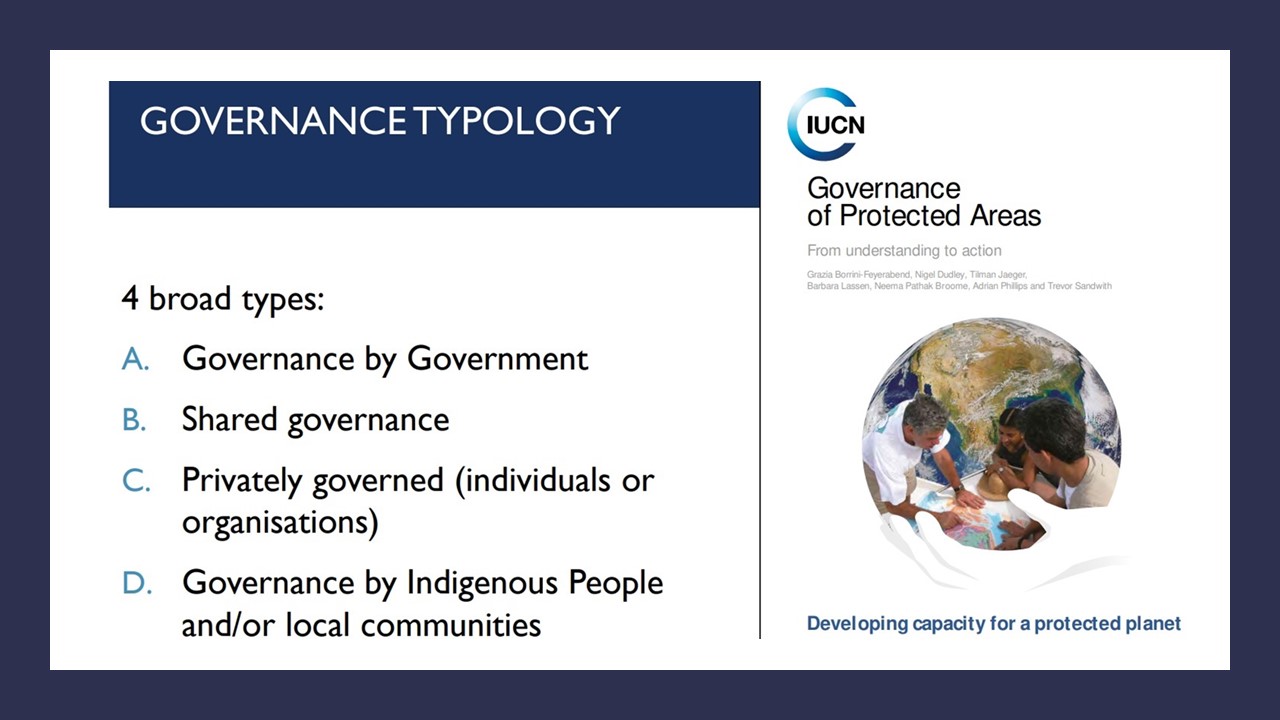 “The Congress was unique in that it convened voices from Indigenous Peoples and the youth, and acknowledged the need to go beyond business-as-usual to strengthen parks for biodiversity conservation and for human well-being”, said Dr. Madhu Rao, Chair of the IUCN World Commission on Protected Areas (WCPA).

On May 27, a side event themed ‘Documentation and Mapping of Indigenous and Community Conserved Areas in Asia’ served as a platform to share challenges faced in ICCAs and the correlating knowledge and experiences to address the challenges amongst countries in Asia. One such challenge is that ICCAs are not legally recognized in many countries. In conservation, the prevalent approach is to demarcate areas and declare them “Protected Areas”, which restricts indigenous peoples’ and local communities’ access and usage rights over their customary lands, resulting in a huge loss of livelihood for millions of people. As such, Kalpavriksh Environmental Action Group in India, and Indonesia’s Working Group on ICCAs (WGII), both of whom are members of the ICCA Consortium and jointly coordinated the side event, presented the web portals that can be easily undertaken by different actors who support the protection of indigenous peoples’ and local communities’ rights.

In particular, Tanya Majmudar and Rudrath Avinashi (members of Kalpavriksh NGO) presented the participatory web portal on ICCAs co-developed by Kalpavriksh.  This web portal, hosting an interactive map and documentation, is aimed at showcasing ICCAs and their value as an alternative model for biodiversity conservation. Similarly, Indonesia’s WGII developed a portal on the management of ICCAs and their conflict distribution.  This portal is aimed at supporting the expansion and recognition of ICCAs through various policy schemes in relation to the recognition of Indigenous Peoples’ and local communities’ rights and at strengthening the advocacy work on agrarian conflict resolution.  At the event, examples of information in the portal were shared such as the self-documentation undertaken by a community in Tamblingan.  Furthermore, Sahil Nijhawan, a researcher working in Arunachal Pradesh, India, presented the advantages and disadvantages of documentation and the different ways in which documentation is seen by various stakeholders.

At the Indigenous Peoples and Local Communities Pavilion, the Elopa and Etugu villages of the Idu Mishmi community, located in Arunachal Pradesh, India, were represented by Abba Pulu, Achili Mihu, and Iho Tapo. Here, they shared how their cultural values and lifestyles promote conservation in their ancestral land. Shortly after the Congress, the Elopa and Etugu villages declared their land as Community Conserved Area, now known as Elopa-Etugu Community Eco-Cultural Preserve (EECEP) on 2 June 2022.

The delegates also participated and gave their inputs to the Api-Api declaration that stressed a rights-based approach to conservation, and the visibility and full, effective, and meaningful participation of indigenous peoples in policy-making arenas that have the potential to impact their collective and individual rights, lands, territories, and resources.  The Api-Api declaration was consolidated into the Congress’ final declaration, known as the Kota Kinabalu Declaration.

At the Working Group (WGs) discussions related to other effective area-based conservation measures (OECMs), the South East Asia Rainforest Research Partnership (an SGP NGO partner) shared case studies on how OECMs in Malaysia are delivering conservation outcomes. Among the WGs themes, such presentations were significant in Nature-based solutions for health and wellbeing, Governance of Protected and Conserved Areas, and Urban Conservation & A New Generation. 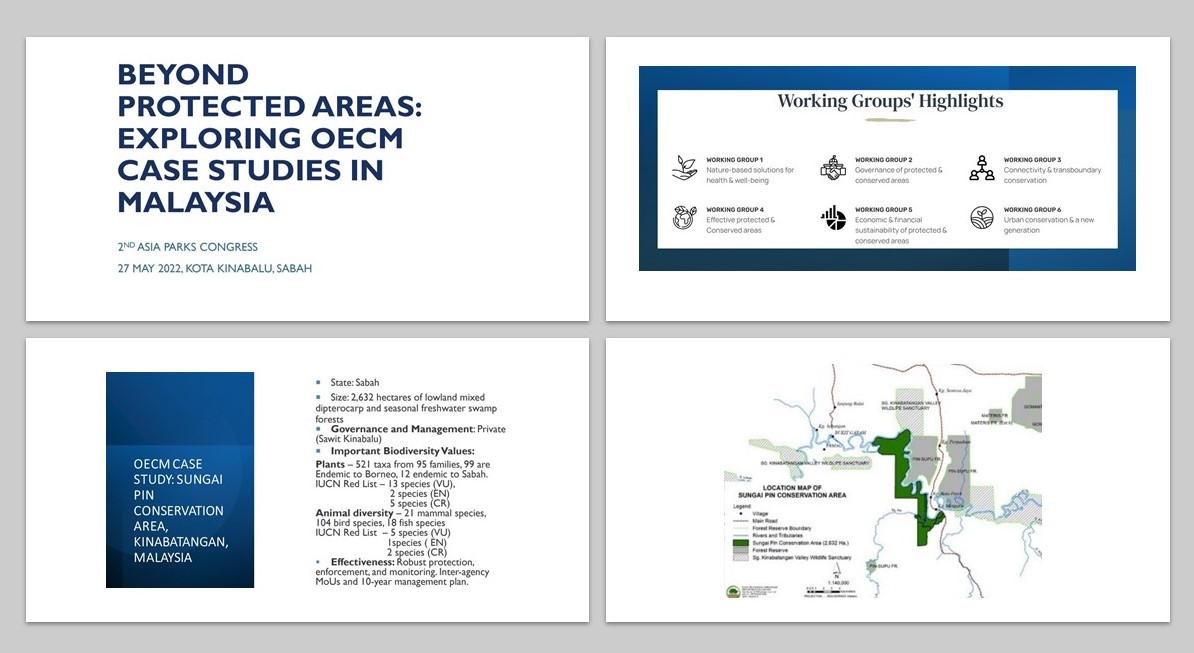 Lastly, at the Youth Forum also on May 27, Mr. Rudrath Avinashi, a member of Kalpavriksh NGO, spoke about his experiences in a session on ‘challenges for youth on connecting with nature’. The collective responses that emerged from the group as challenges included financial situations, lack of knowledge, and less discourse on nature in the media, amongst others.

Amongst other achievements, the Congress celebrated the inscription of Sabah’s Sugud Islands Marine Conservation Area (SIMCA) on the IUCN Green List – the first marine protected area to receive this recognition in Asia. The Congress also led to the launching of a new Asian youth network on protected areas and the development of many new collaborative efforts, including a new partnership between Sabah Parks and the Korea National Park Service.

The Congress concluded with the Kota Kinabalu Declaration – a powerful statement that seeks to bring key issues from Sabah to the world. The Declaration calls on Asian and global leaders to negotiate strong global targets for protected and conserved areas and to implement them with sufficient financial resources to ensure fair and effective results for people and nature. Particularly, the Declaration focused on the roles of Indigenous Peoples and some local communities as customary owners and custodians of biodiversity and socio-ecological well-being. It also recognizes the importance of having the full, effective, and meaningful participation of Indigenous Peoples and local communities in policy-making arenas that have the potential to impact on their collective and individual rights, and on their lands, territories, and resources.