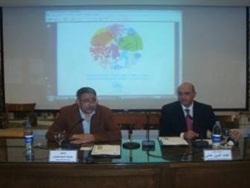 SGP Egypt in partnership with the Arab Office for Youth and Environment -the National Host Institution for GEF/SGP in Egypt-, and the Supreme Council of Culture in Egypt celebrated this year's "World Environment Day" (June 5th, 2010).

The event emphasized the UN slogan "Many Species ... One Planet ...One Future" and highlighted the key challenges and achievements of SGP in promoting biodiversity conservation. During the celebration, 6 short films on biodiversity both in Egypt and around the world were screened and discussed by the attendees. In particular, journalist and political leader, Dr. Magdy Allam, confirmed his willingness to raise some biodiversity issues at the parliamentary level.

Then the GEF SGP National Coordinator gave a brief summary of successful projects funded by GEF/SGP in Egypt and presented two photostories concerning projects that have been implemented on biogas and international waters. Photo story is a useful tool that can be used to tell a story using only pictures and a narration. This tool is been currently pionered by SGP worldwide and is a way to give a voice to communities and allow them to tell their own stories. 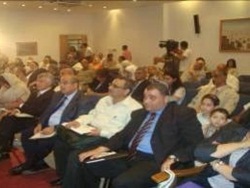 This important celebration was attended by key GEF SGP stakeholders, members of the National Steering Committee, and beneficiaries, who participated actively in the discussions. The celebration received significant national coverage and recognition.