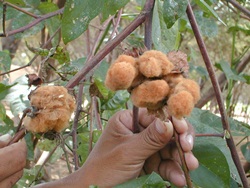 The "Asociación de Artesanas de Arbolsol y Huaca de Barro del distrito de Mórrope" was one of the winners of the 2008 Ecuator Initiative Awards. The Asociación was founded by local women in 2003. The group of 60 women has worked to recover traditional methods of cotton production that are environmentally responsible and to create positive socio-economic change in the region. The association oversees the planting and harvesting of native cotton varieties using only pesticides from natural sources. In addition to cotton production, the association has been active in managing water resources. 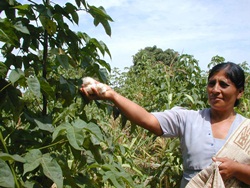 Traditional colours of native cotton have been recovered, water resources have been cleaned as a result of better management, and organic cotton is produced for local markets. The group, which began as a women's organization, has now expanded to include the whole community. 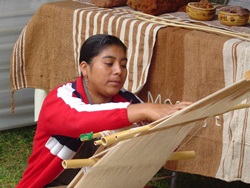