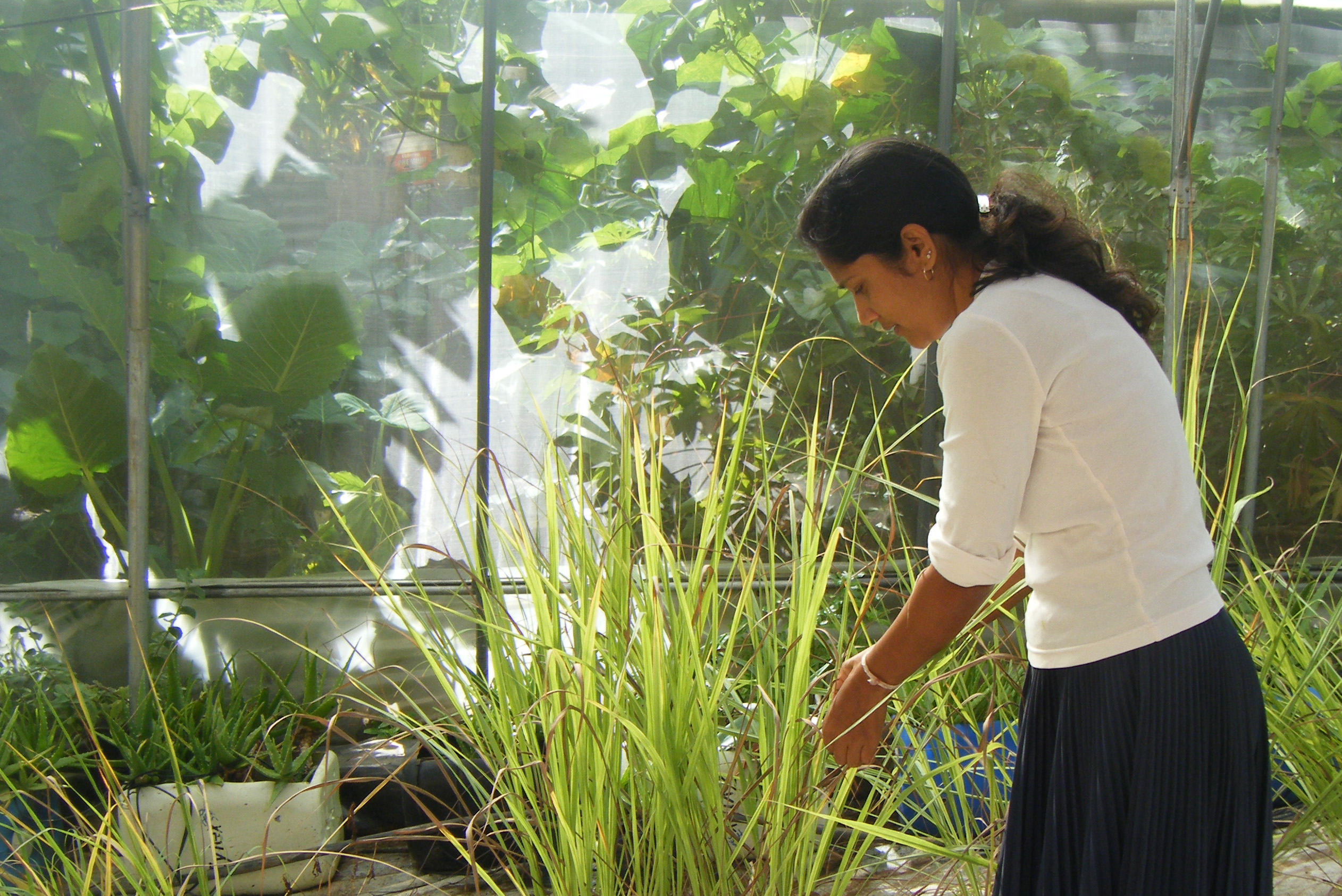 The 1980's textile boom in Mauritius drove many women to work in textile factories. However, when the textile factories closed, women became unemployed and could no longer send their children to school.

"Women were still jobless, staying at home, suffering from domestic violence and having babies almost every year. So in 2006, after meeting with 20 women, all of them unemployed mothers, we decided to use their traditional knowledge about conservation to cultivate medicinal plants, conserve biodiversity and improve their livelihood." - Anooradah Pooran

That was the beginning of the journey started by Anooradah Pooran, a textile worker and founder of the Association Pour l’Education des Enfants Défavorisés (APEDED). Using traditional knowledge to protect biodiversity. In 2007, the GEF Small Grants Programme, implemented by UNDP, supported APEDED in their efforts to protect endemic and native plant species by establishing a medicinal plant nursery on the roof of the school. The project also aimed to generate a stable source of income for the women.

The exploration of women’s unique knowledge to increase their income is a very innovative way of women empowerment which echoes 2019 International Women’s Day’s theme: Think Equal, Build Smart, Innovate for Change.  Through the project the women were trained by the Government Agricultural Research and Extension Unit in nursery management and cultivation of medicinal plants, harvesting and dehydration techniques, as well as packaging and marketing of the plant products. A dehydrator was installed in the school’s small kitchen. In the mornings, the mothers came to water the plants and after school hours they returned to dehydrate the leaves and package tea. 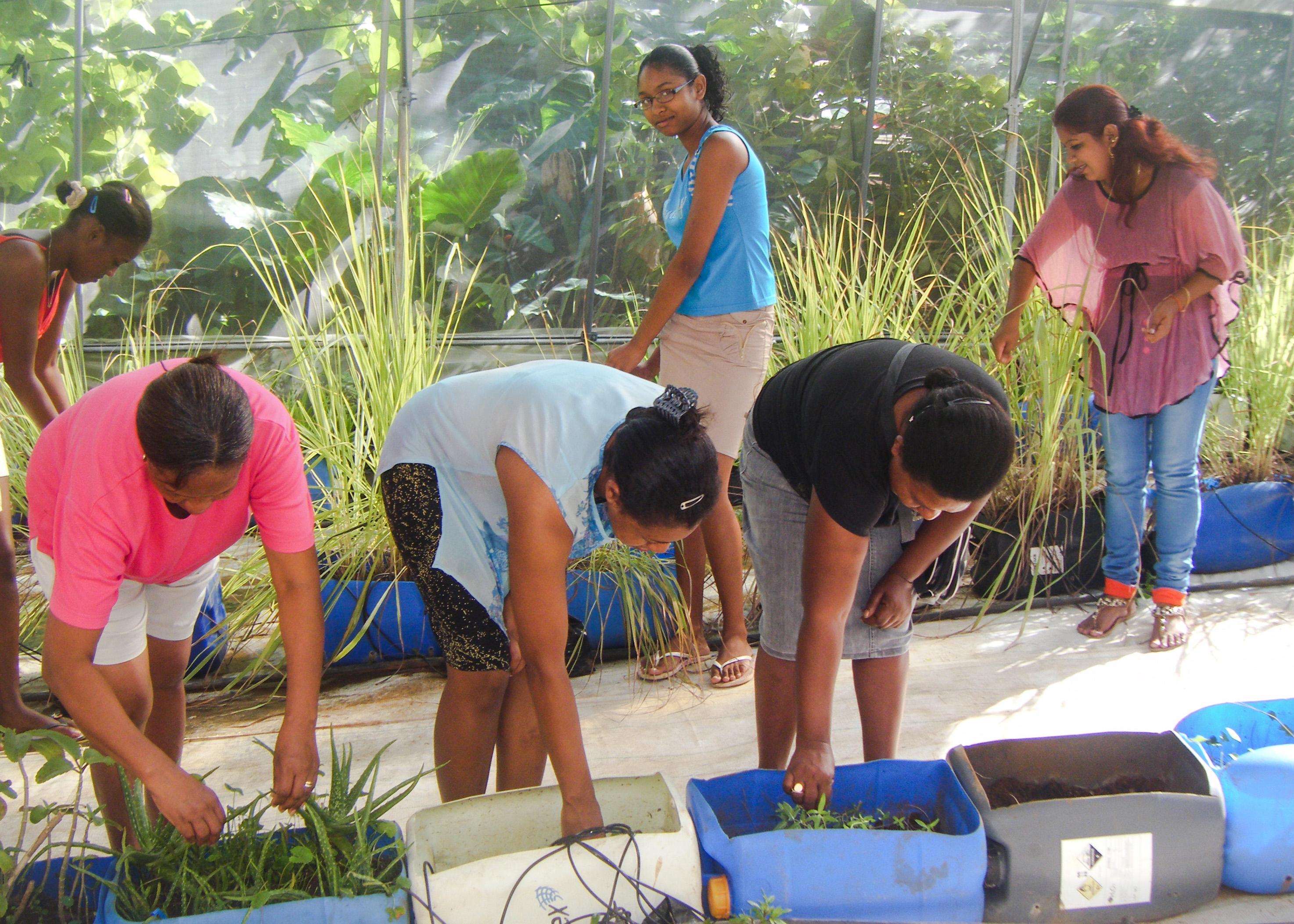 From Mauritius to the world 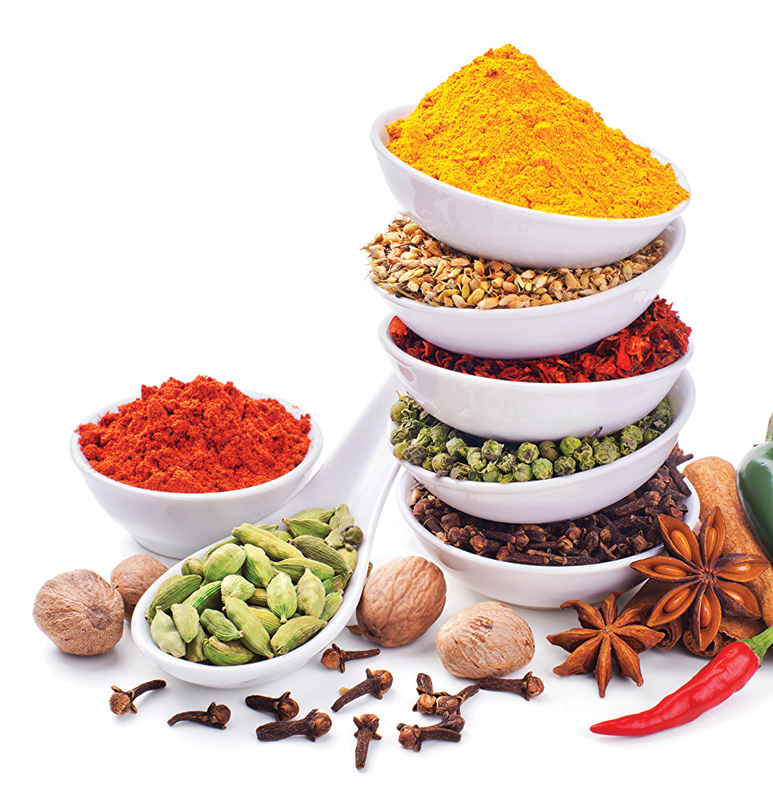 Using their traditional knowledge on medicinal plants, the women created their own brand Grandma’s Secret, it is the first copyrighted Mauritian brand of local medicinal and herbal teas.

Today, this women-led micro-enterprise produces 8,000 bags of 24 varieties of tea per month for national and international markets. The teas are exported to France and China, among other countries.

“The income allowed me to take care of my children and to extend the size of my house which now has 5 rooms, one is even made of concrete. After one year I was appointed as a supervisor in the processing unit.” says Fabiola Numah, a textile worker who prior to the project was unemployed and lived in a 2 bedroom house of corrugated iron sheet with her family.

Each woman earns US$110-180 a month for three hours work per day, which helps them pay for school education, healthcare and other expenses. The company directly employs 20 women and 45 additional women, from around the country, from the sale of medicinal plants to APEDED through the “Buy Back Leaves” programme. Through this program, APEDED sells the women medicinal plants and later on buys the leaves from them to produce their herbal teas. 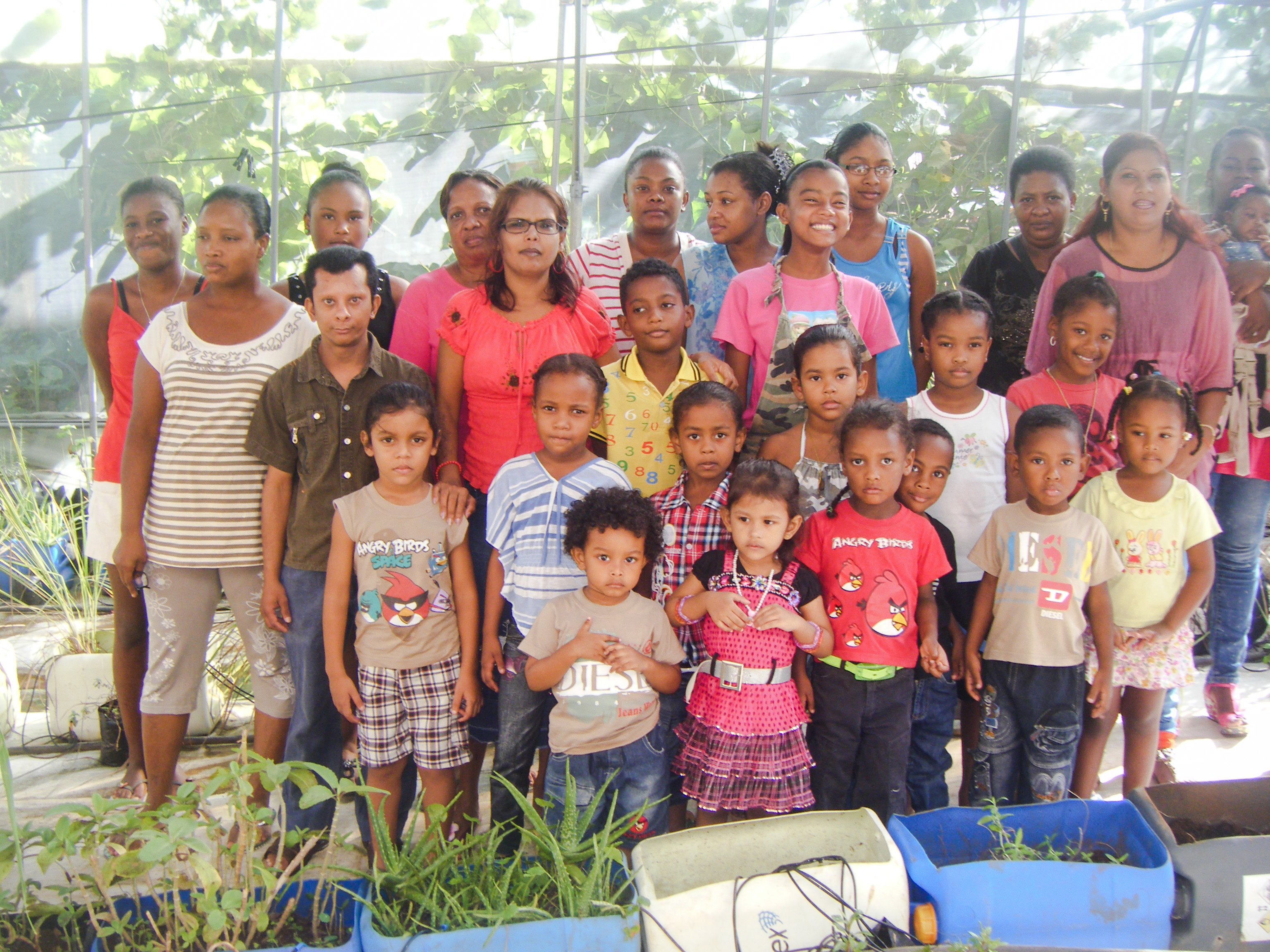 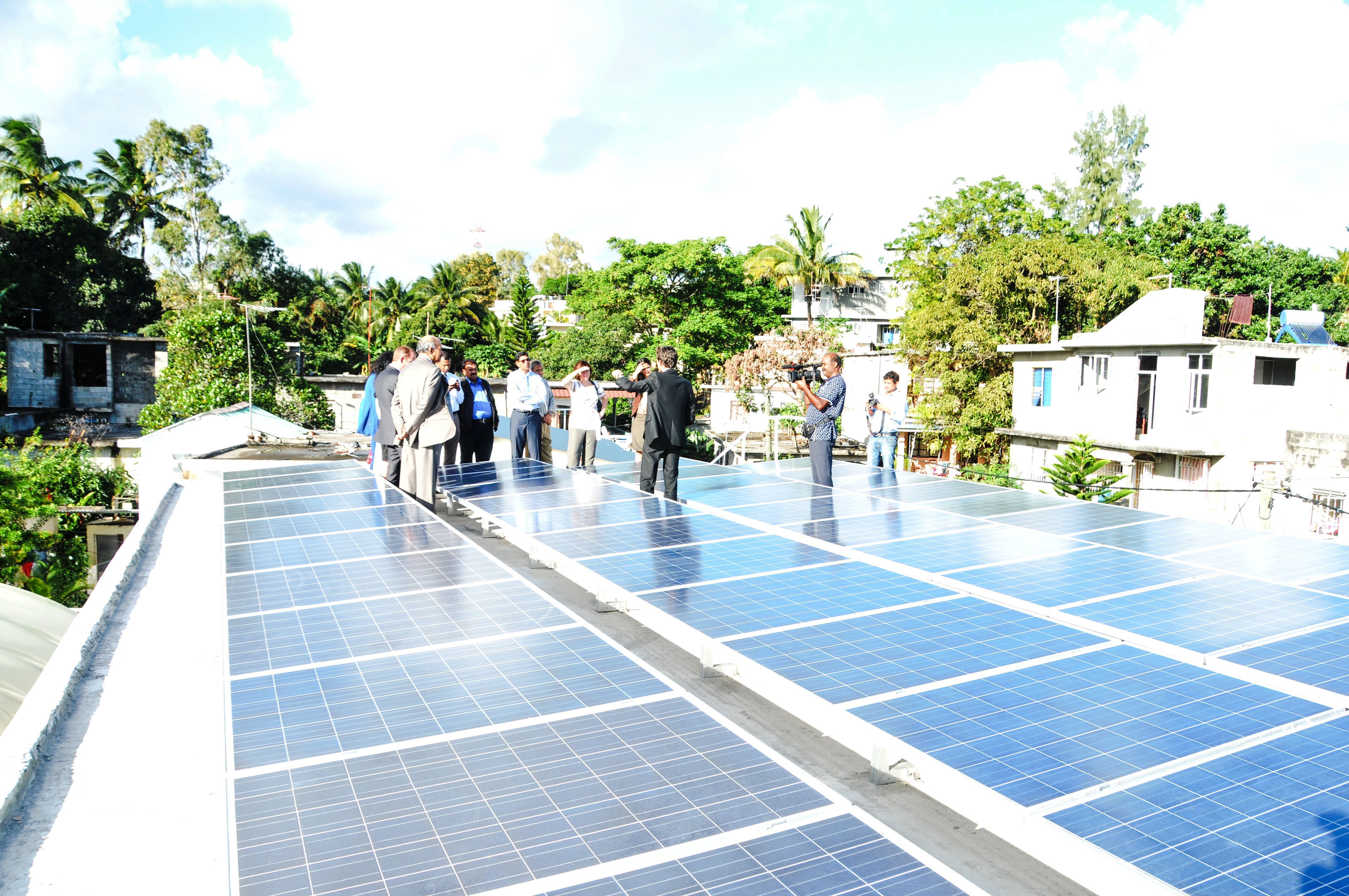 Women Pioneering in Clean Energy
Due to the success of the first project, the organization saw an increase in energy use and APEPED received another grant from SGP. A second floor of the existing building was self-financed while the SGP grant was used to purchase and install photovoltaic solar panels. The Central Electricity Board (CEB) granted the association permission to produce its own electricity through a government scheme.

The 48 photovoltaic solar panels installed generate 14,360 kWh of electricity annually, reducing carbon dioxide emissions by 10 tons and saving 52 trees annually. Thanks to this initiative, as the association faces an increase in demand for its medicinal and herbal teas, it is able to reduce its production costs while decreasing its impact on climate change. 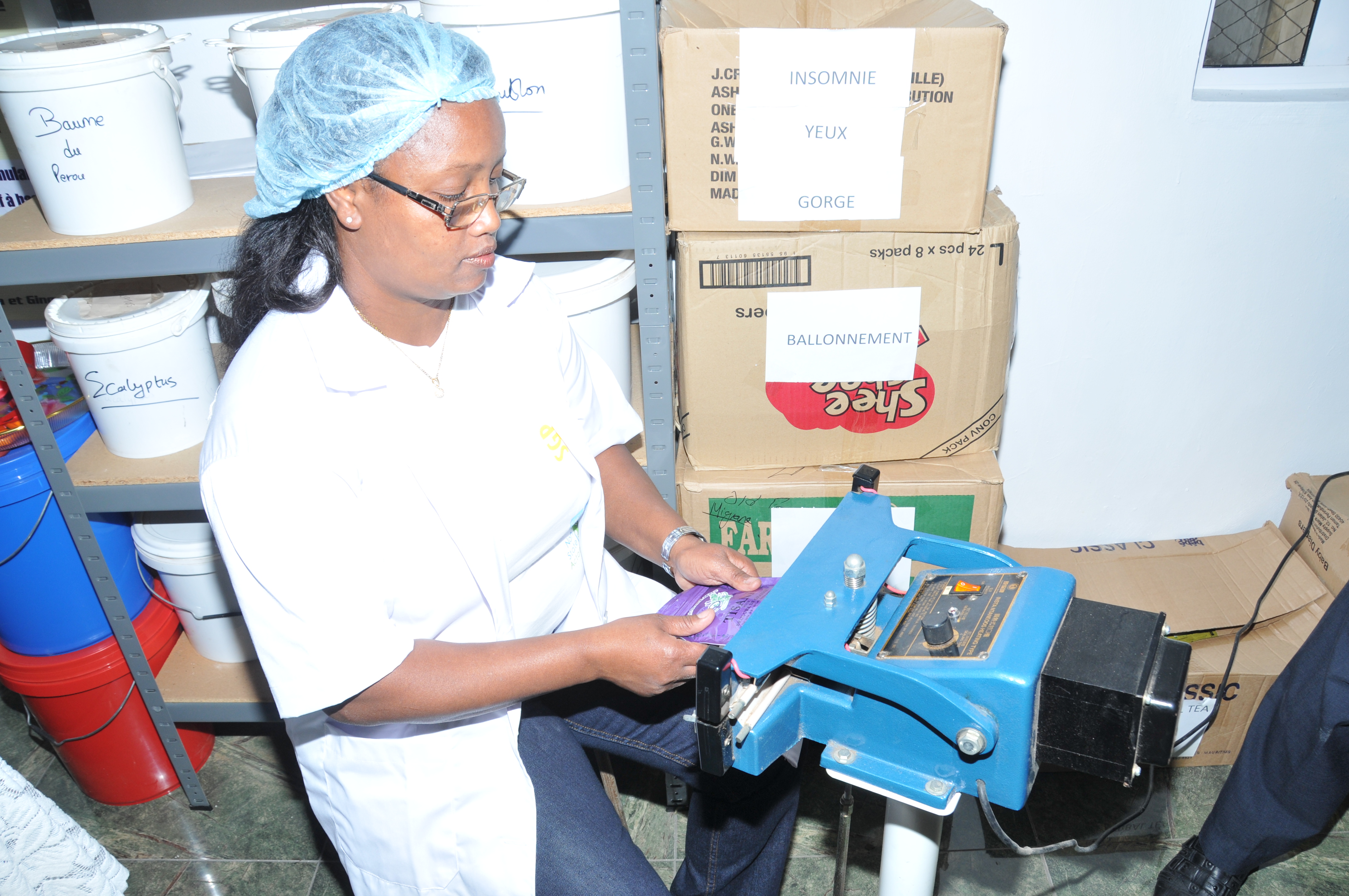 Women empowerment and increased social capital
The women involved in this project now have greater respect in their community and are contributing to the local economy. Their self-confidence, self-reliance, and quality of life has improved significantly. Thanks to the success of the project, many women have also learned how to give interviews to the media and to run awareness campaigns on both biodiversity protection and clean energy. 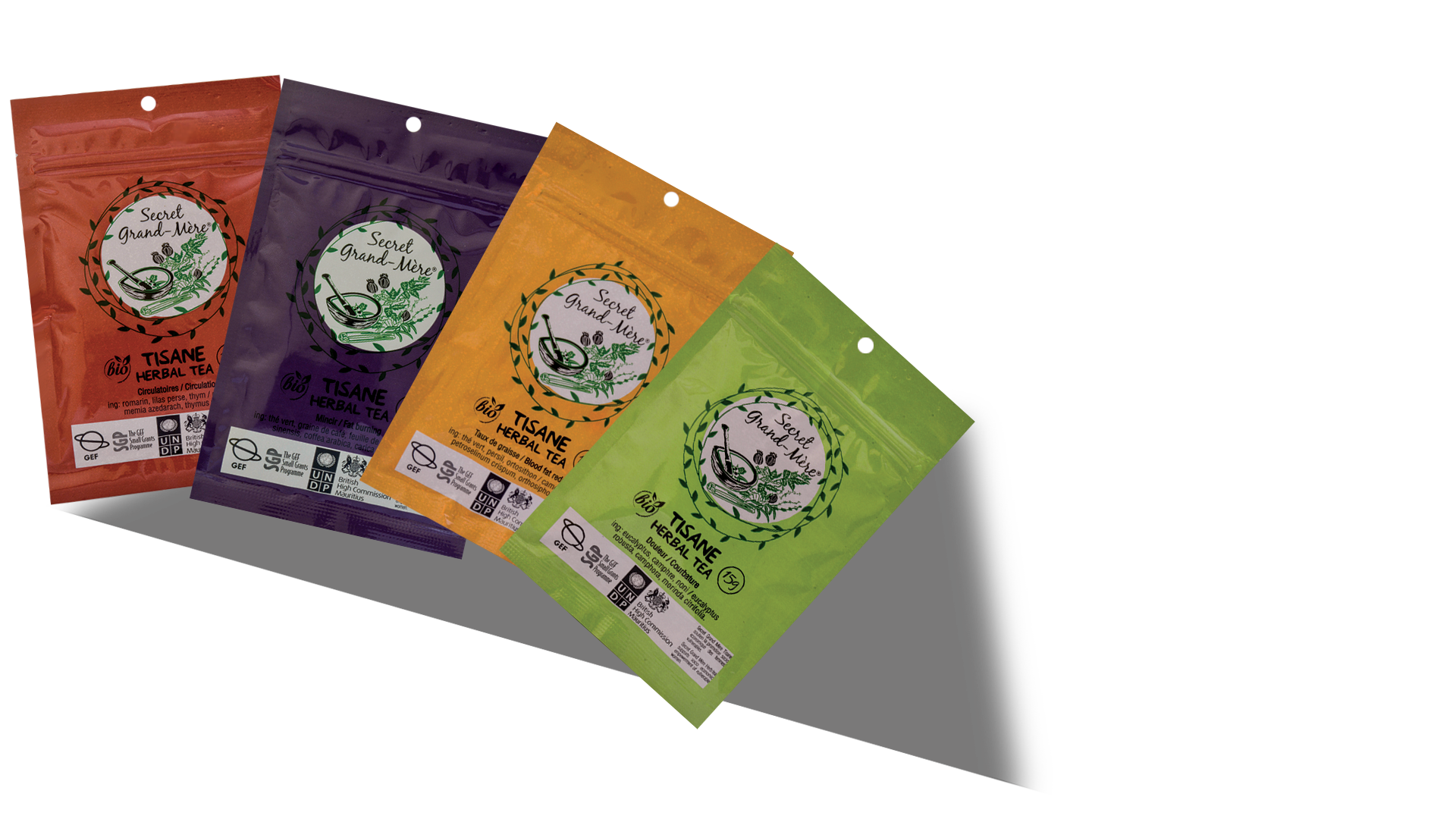 Supporting award-winning innovation
Secret Grand-Mère won the Enterprise Mauritius Emerging Exporters Gold Award in 2013. Similarly, Anooradah Poorun received the Green Africa Award in the category of African Women for Change (2013), as well as the Pride of India Leadership Award (2011) from the Government of India for her leadership role in social work.

On 8 March 2019, join us as we celebrate a future in which innovation creates unprecedented opportunities for women to play an active role in creating green profitable enterprises to accelerate the achievement of the SDGs and women empowerment.

For more information about SGP women-led projects check out our publication: Women as Environmental Stewards.