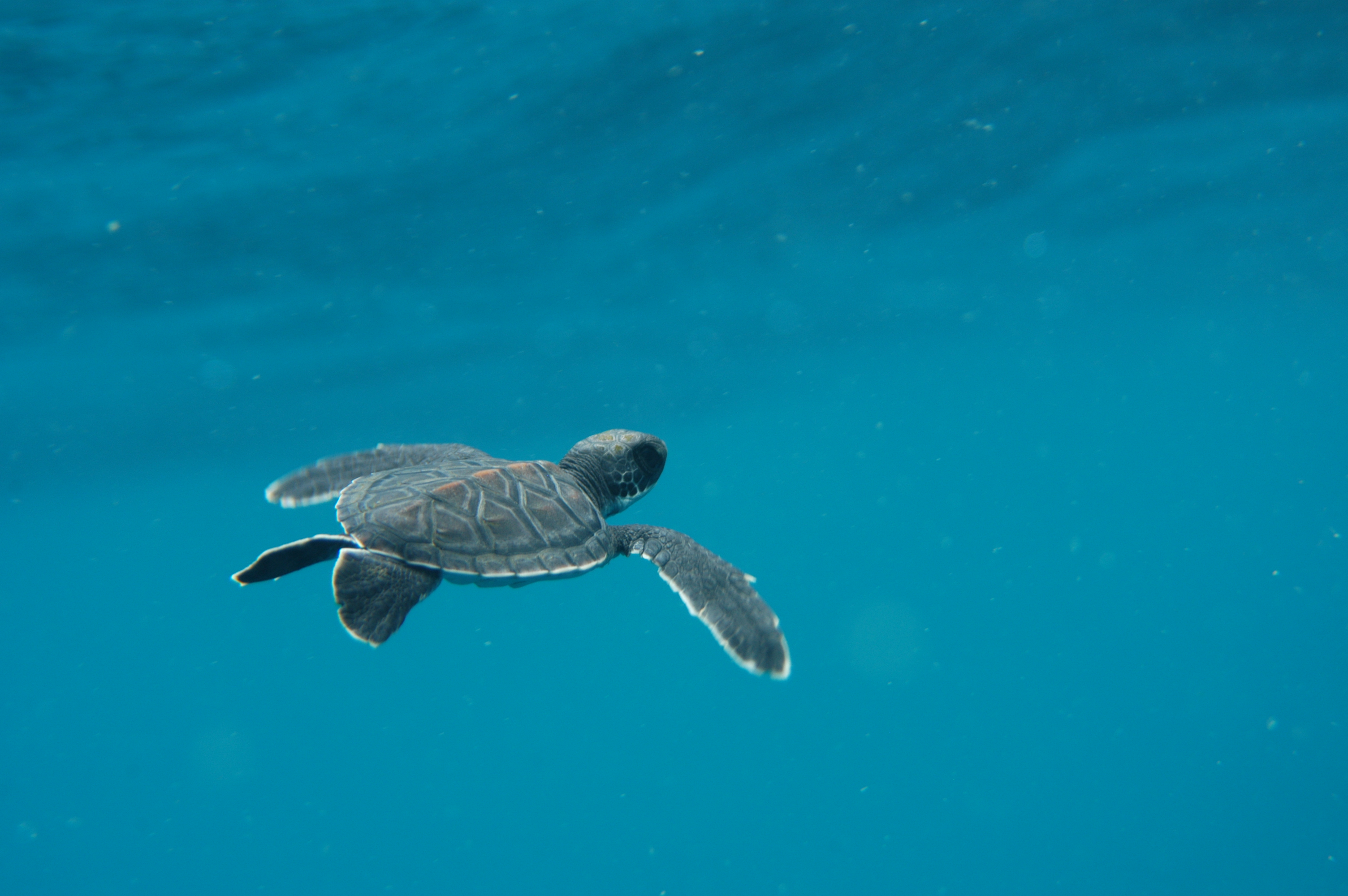 Marine turtles play a key role in the marine ecosystem of Malaysia. However, marine turtles are now in danger. The once abundant leatherback turtle is now functionally extinct. The olive ridley is down to just tens of nests per year. The hawksbill hangs on precariously. Only green turtle numbers remain stable, but they still face exceptional bycatch challenges.

Sea turtles share habitats with certain shrimp and fish species and are put at risk by shrimp trawling. As the nets roll along the seabed they indiscriminately catch and drown numerous sea turtles. The annual estimate is between 3,000 and 4,000 in Sabah alone. Unfortunately, due to limited ecosystem-based fishery management measures and low involvement of local fishing communities in fishery management in Malaysia, bycatch caused turtle populations to decline at alarming rates. 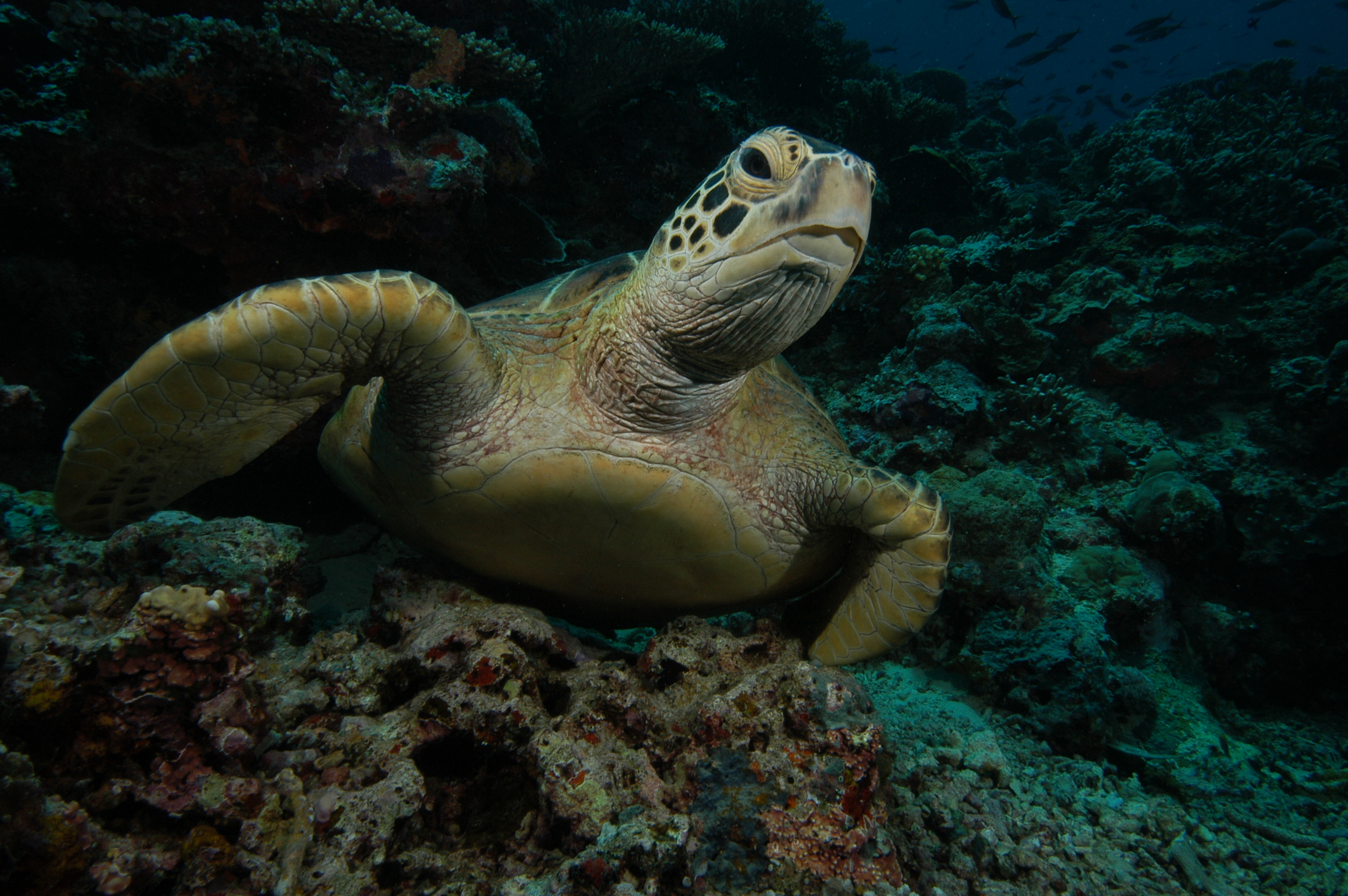 To protect this precious especies, with the support of the GEF Small Grants Programme (SGP), implemented by UNDP, the Marine Research Foundation (MRF) developed a long-term national bycatch reduction program in partnership with the Department of Fisheries of Malaysia (DOFM). To improve the conservation status of sea turtles and their habitats in Malaysia, the project applied an ecosystem-based approach through the use of Turtle Excluder Devices (TEDs). TEDs are oval metal grids affixed to the narrow portion of the net, allowing fish and shrimp to pass through to the end while ejecting turtles through a net webbing ‘trapdoor’. 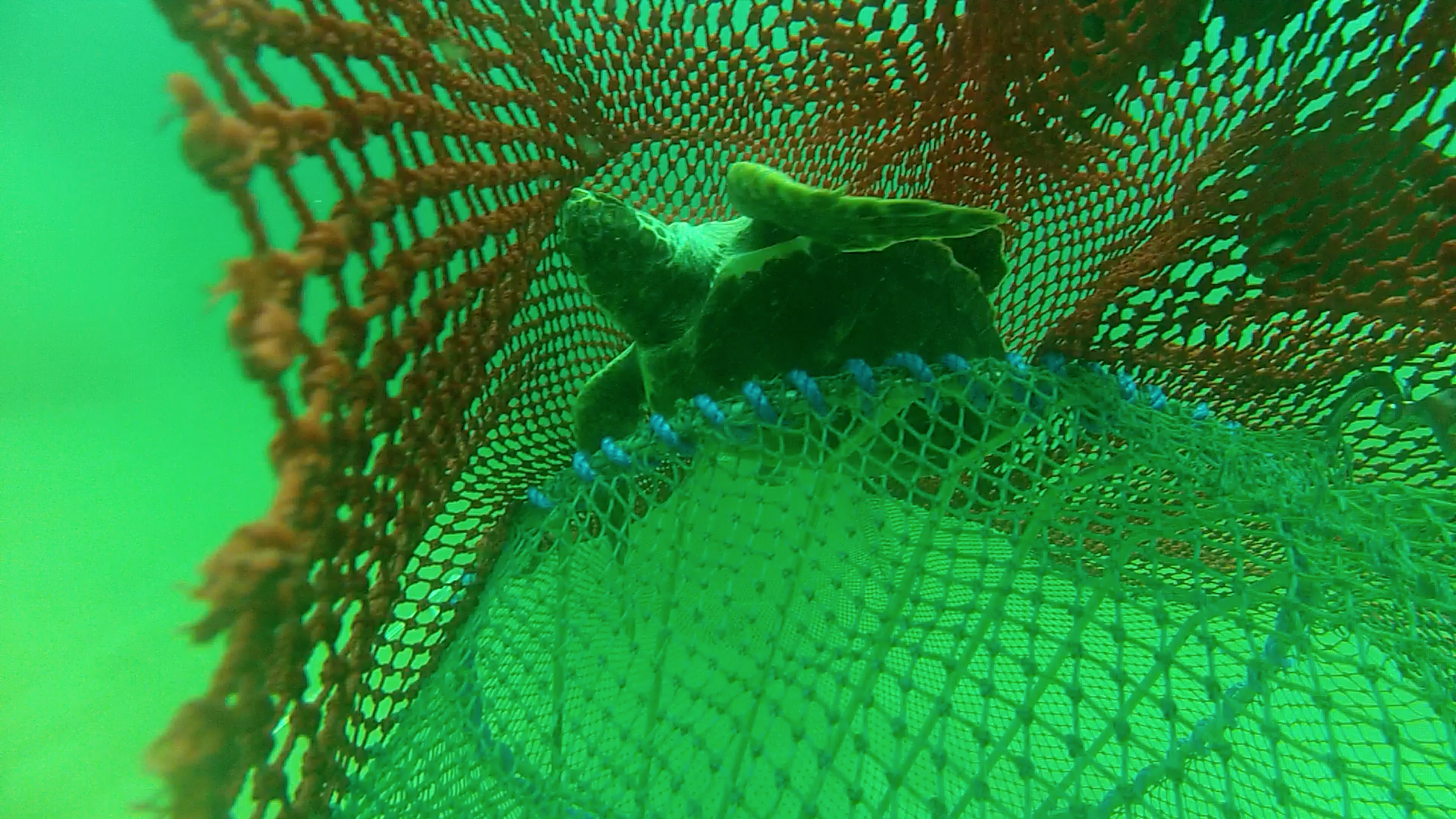 To effectively promote the adoption of TED technology the project partnered with local fishing communities and the government in six key states in the country -Kelantan, Terengganu, Pahang, Johor, Sarawak and Sabah.

The first step of the project was to successfully remove knowledge barriers on turtle protection. This was achieved through at-sea trials on the use of TEDs to show its impact on reducing bycatch, and by hosting community dialogues to share information about TEDs. Following the consultations and demonstration, they empowered fishing crews by providing dedicated training on TEDs to foster community-based stewardship among fishers. 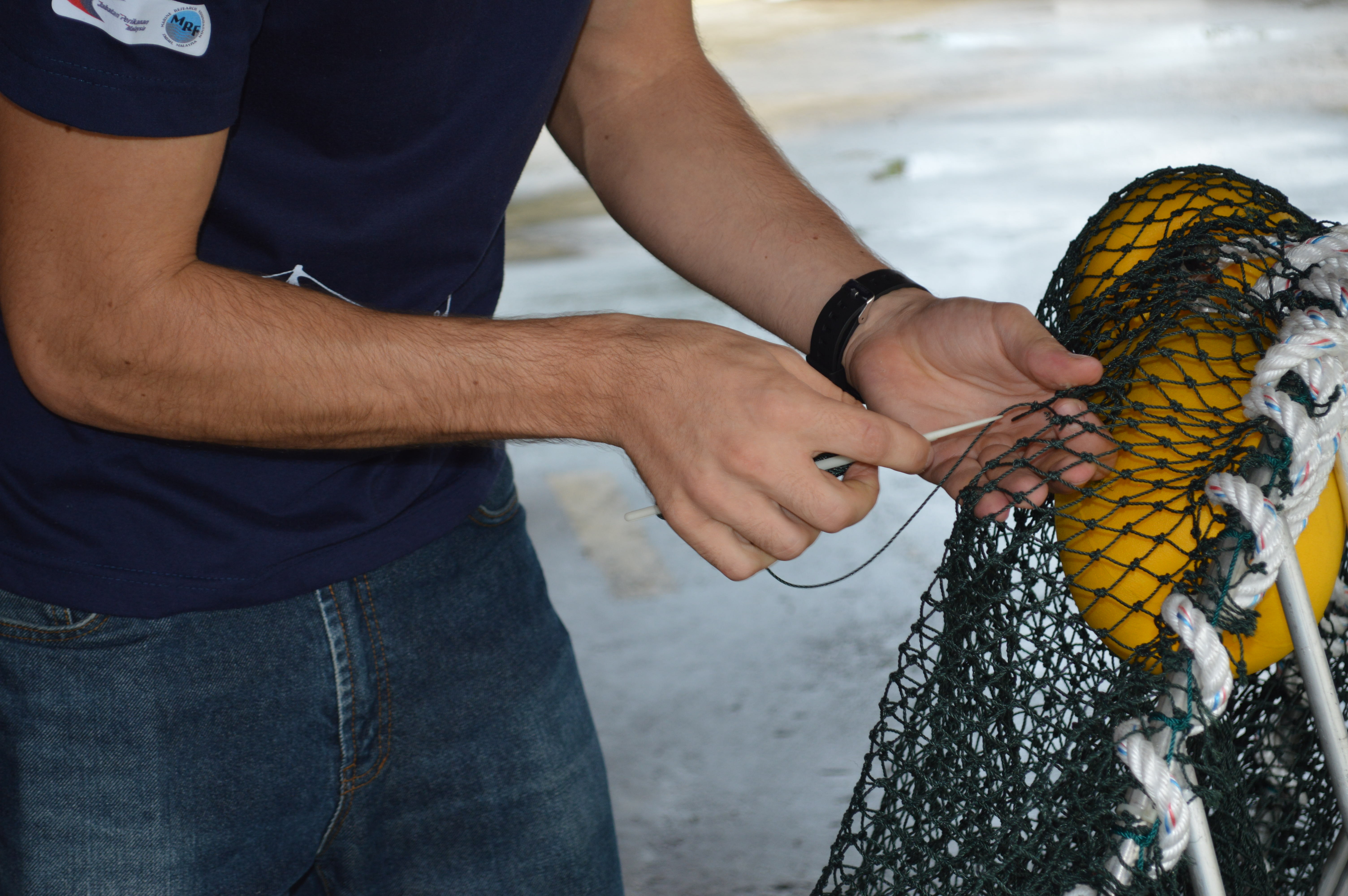 Awareness is the Key

Nothing is more powerful than awareness when it comes to marine wildlife protection. Hence, public awareness and outreach was another major component of the project. To raise awareness about the importance of turtle protection, the Marine Research Foundation promotes community-based stewardship of fishery resources and made available all the findings through web-based portals, reports, media releases and social marketing campaigns. By raising awareness and enhancing engagement of the greater public, buy-in from the private sector to drive sustainable fishery practices have increased.

This project addresses the losses of marine biodiversity through unsustainable fishery practices while being realistic and objective about the livelihoods of the local fishery communities, mainly by not causing loss in income. 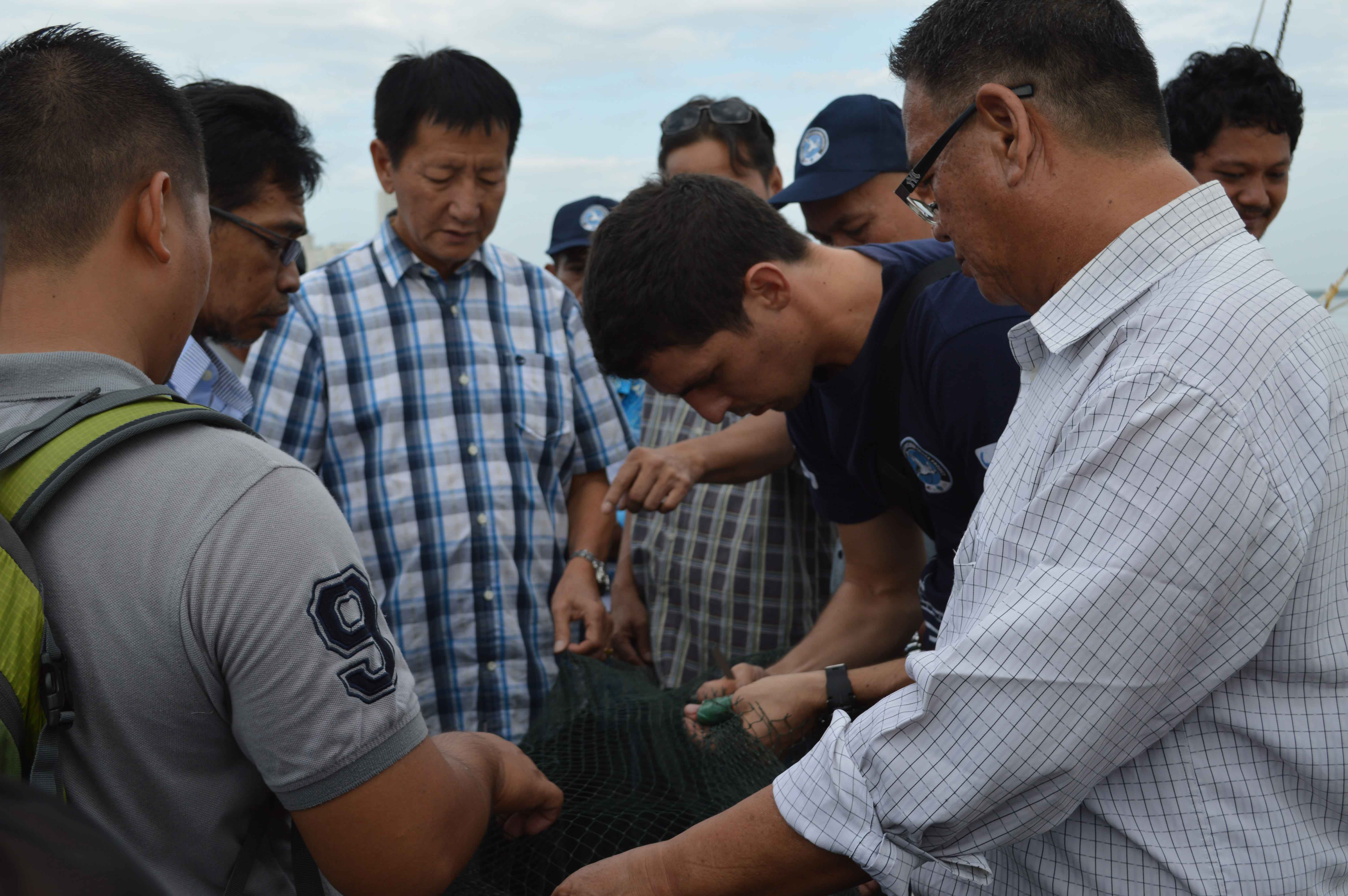 As a result, the project not only reduced bycatch of turtles by teaching fishers the necessary knowledge and skills related to TED technology, but also managed to drive national policy in Malaysia. The initiative successfully led to the establishment of a TED Implementation Task Force at the national level and to the commitment from the Department of Fisheries of Malaysia to make TEDs mandatory with legislation in effect since 2017. By November 2017, all 184 vessels licensed along the east coast of Peninsular Malaysia were TED compliant.

In March 2018 this fishery was inspected by a US task-force as a pre-requisite for certification under the US TED programme, which led to successful certification. The project also helped Malaysia achieve key commitments under international agreements including the Convention of Biological Diversity, the IOSEA Turtle MoU, the Coral Triangle Initiative and the Sulu Sulawesi Seascape programme. 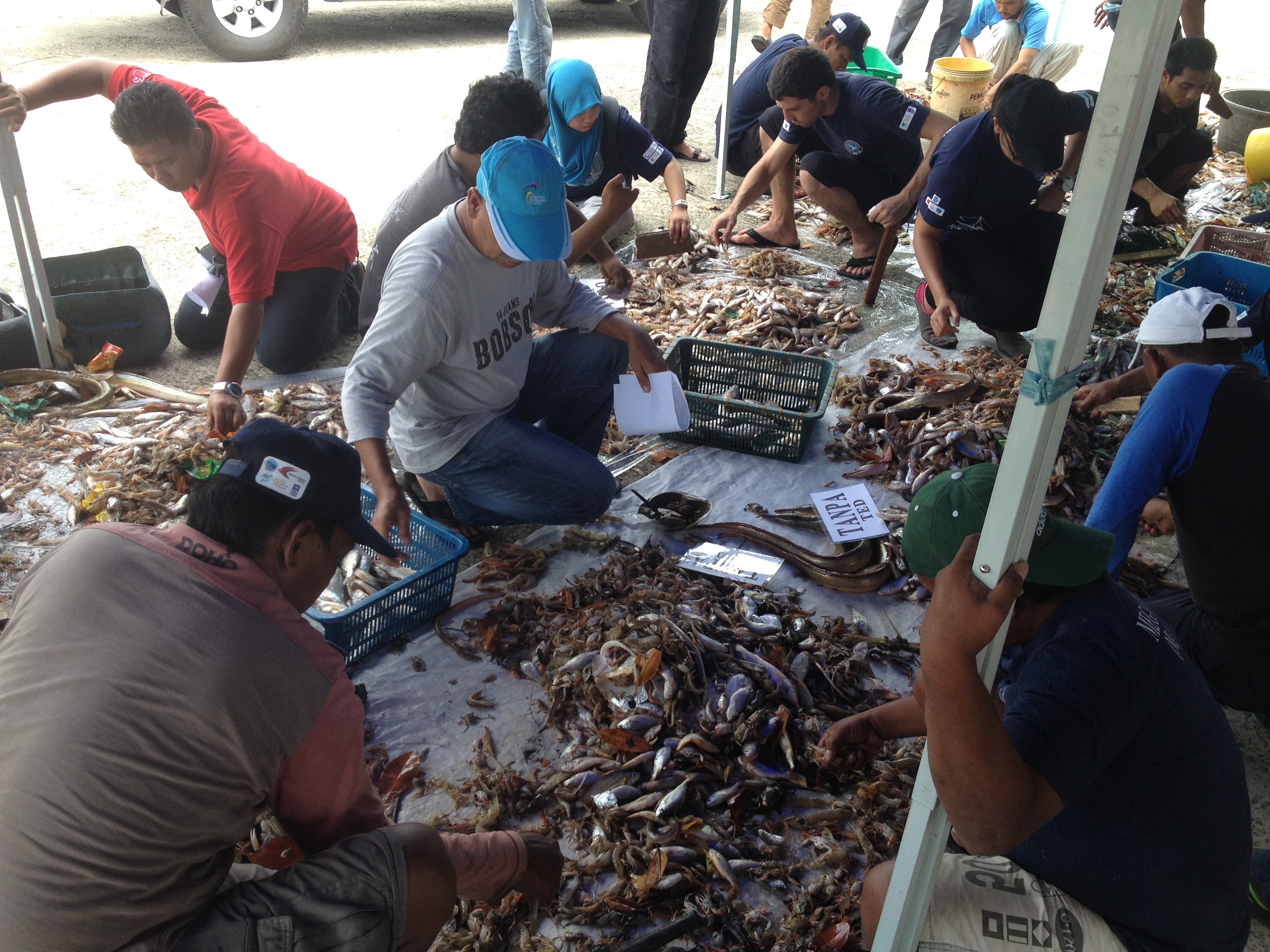 Since 2007, the Small Grants Program has supported phase I & II of this turtle bycatch reduction project through two small grants, and then Phase III through a Strategic Initiative Grant, one of only three such grants ever awarded in Malaysia. The Marine Research Foundation (MRF) is a non-profit research institute based in Kota Kinabalu, Sabah. Its aim is to expand the knowledge of marine ecosystems and the various fauna and flora associated with the aquatic environments of South East Asia and the Indo-Pacific region. MRF carries out numerous projects related to biodiversity assessment and conservation, and works to provide solutions focused on the management of these ecosystems to governments and environmental organizations. MRF’s work supports the aspirations and intent of the United Nations Sustainable Development Goals, implemented at local, National and Regional levels. Learn more at http://www.mrf-asia.org.

SGP supports communities to promote innovative technologies and circulate knowledge on marine wildlife protection. Citizen awareness and working with governments to drive national policy are key tools in efforts to better protect precious life under water more effectively in the long run. Through the support of the upscaling of this project, SGP helped this NOG-initiated and state-based TED promotion practice to influence national policy and grow into a nationwide practice. It also contributes to the achievement of the Global Sustainable Development Goal 14-, Life Under Water.

For more information on other SGP projects on international waters, please check out the publication Scaling up Community Actions for International Waters Management.