WHAT’S IN A NAME? INDIGENOUS LANGUAGES AND CULTURAL DIVERSITY IN THE DIGITAL AGE
Print

Meaning and sounds are often derived from the inseparable relationship between people and places, writes Terence Hay-Edie.

Like many others, my family name is an amalgam of two or more parts. The joining of two words, two clans, through a simple hyphen, evokes past tales of love and marriage, as well as feuds and blurred identities. Names and words borrowed from other cultures tell a vivid human story. The travel writer V.S. Naipaul attributes the origins of his surname to forebears living in the vicinity of ‘Nepal’ who left the sub-continent and eventually settled in the colorful melting pot that is the Caribbean. People, like names and languages are forever on the move.

As we start 2019, the United Nations is embarking on a series of events to launch the International Year of Indigenous Languages.

The year is expected to celebrate the tremendous wealth of indigenous languages, as well as their changing position in the digital interconnected world of today. A major lesson from indigenous people’s movements is that many place-based concepts cannot easily be translated from one language, or location, to another.

Finnish is likely the only language to have a special word for the “unique feeling you have on your wedding night” (Hääyöaieuutinen); Nepali has a word for traditional songs which express a particular blend of “happiness-sadness” (sukha-dukha); while the Sepik people of Papua New Guinea are able to transcend human language and speak in the language of birds in moments of ecstatic trance. Meaning and sounds are often derived from the inseparable relationship between a people and a particular territory, spawning a proliferation of words for ice, sand, clouds, snow, forests or the sea. When an indigenous language is lost, so too is much of the special bond and memory invested in the landscape.

For many indigenous peoples, words also express a history of grief and trauma, often-times foregoing their customary names and language, either through forced assimilation, schooling or other coercive measures imposed by dominant powers. With supportive policies, including bilingual education programmes, especially for young children, cultural revitalization efforts from Taiwan to South Africa are slowly regaining strength.

During a workshop in Yunnan co-organized by IIED and UNDP with the International Network of Mountain Indigenous Peoples to promote and protect the traditional seeds and terraced agriculture of the indigenous Naxi people, a group of calligraphers transcribed our names onto a scroll in their native language, an ancient system of pictograms, now actively promoted through a renaissance of interest in traditional cultural expressions [see below]. 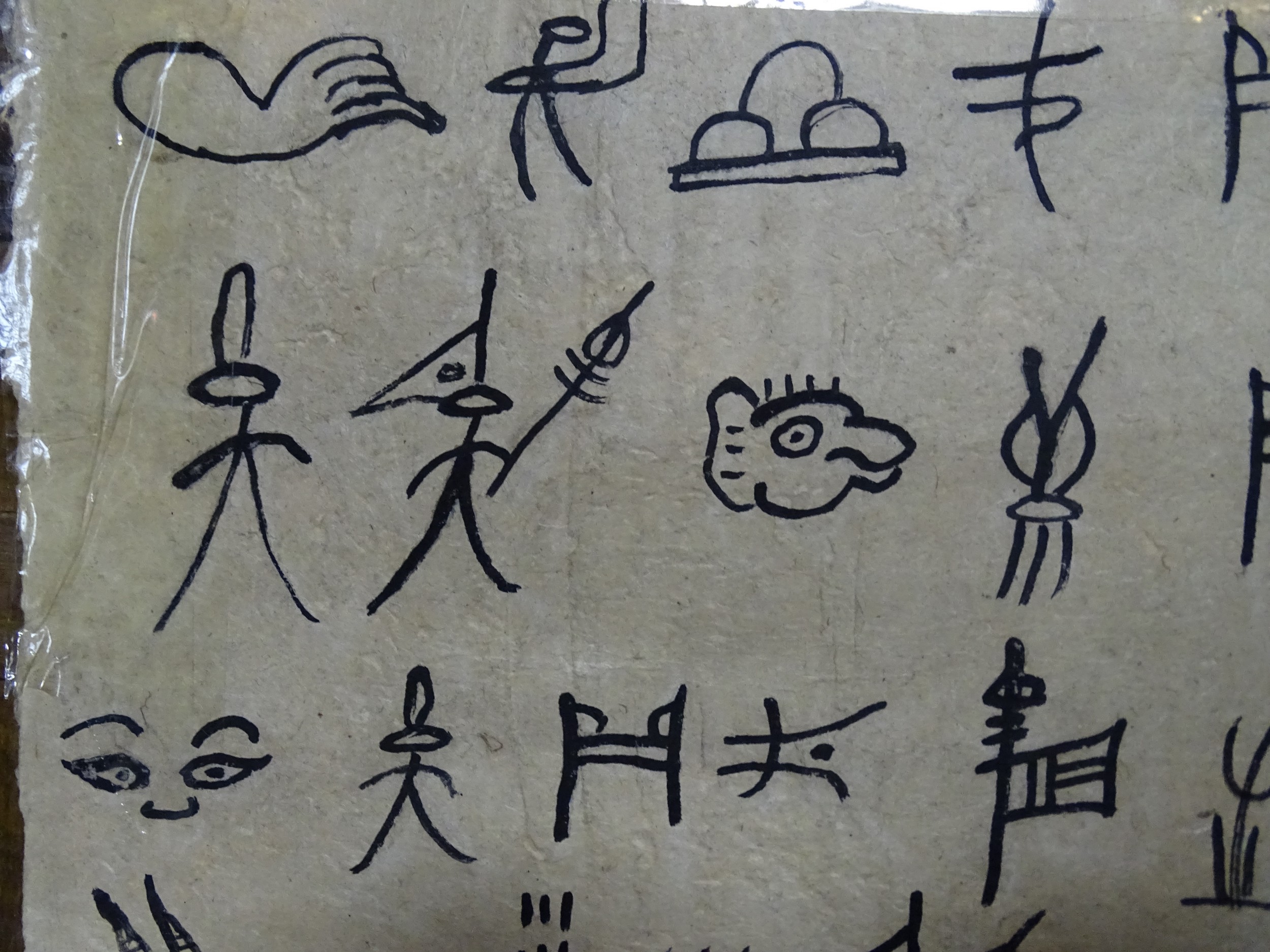 Indigenous cultures and languages, if recognized through supportive policies, can be a catalyzer to advance the UN Sustainable Development Goals through improved land and sea management, strengthened cultural identity and customary governance, as well as a driver of innovation.

For example, at the beginning of the Twenty-first century, a quiet revolution is beginning to take shape in the naming of places. Mongolia, together with nine countries in the Pacific and Africa, have adopted a new three-word postal address system. W3W offers a mix of cognitive computing (artificial intelligence) combined with insights from linguistic psychology. Offered in 26 languages, the platform offers a blend of high tech on-line search algorithms, combined with intuitive name recognition to allow rural peoples, such as reindeer herders, to geolocate their place of dwelling — no matter how remote — in three vernacular words.

Similar experiments with digital media and indigenous languages are afoot in Australia where the Torres Strait Island people are adapting emojis to rekindle interest in their native lexicon. As in parts of Hawaii, indigenous Maori in New Zealand are reanimating language through cultural emotiki, drawing comparisons to Naxi pictograms. Contrary to expectations, the internet has not led to a hegemony of English. The Economist reports a steady increase in the use of non-Indo-European languages, with on-line translation engines opening up access to a greater wealth of linguistic platforms than ever before.

A further startling discovery on the enduring power of language and the human brain, neuroscientists have found that speaking more than one language drastically reduces the risk of dementia and Alzheimer’s. Speaking three languages, as is in common in Africa and other ‘multi-lingual’ continents, the mental health benefits are even more pronounced.

In order to celebrate IYIL in 2019, we might each try to learn a new language (for health), use a three-word postal address (as an accelerator for the SDGs), or search on-line for translations by indigenous poets, such as the Inuit from the Arctic (to change our view of the world). With just a few words, we might make the world a richer place.

This blog was first published by UNDP Asia and Pacific here.