Only a 15-minute drive away from the busy city center of Uyo, in southern Nigeria, one of the most threatened and lesser-known species of monkeys in the world still survives, thanks to a powerful local tradition in conserving the animal. “The people of Itam believe that it is a deity”, explains professor Edem Eniang, Executive Director of the Biodiversity Preservation Center (BPC) and a native of the area. Known locally as Adiaha Awa Itam, the Sclater’s monkey (Cercopithecus sclateri) is a small primate endemic to this region, which was originally covered in moist tropical lowland forests.

As the rapidly growing human population replaced these forests with farms and rural communities, the monkeys’ habitat shrunk dramatically. Combined with hunting pressure and lack of protection measures, this degradation of habitat has led to a population decline of at least 50% over a period of 27 years, which resulted in the monkey being listed as endangered by the International Union for Conservation of Nature in its Red List of Threatened Species in 2006. However, in the small patches of sacred forests that remain around the Ikot Uso Akpan and Obong villages of Itam, in the Nigerian state of Akwa Ibom, the Sclater’s monkey can still be reliably found as it enjoys traditional protection from the communities. “For generations, every Itam person has revered this monkey, they don’t hunt it”, says Eniang. 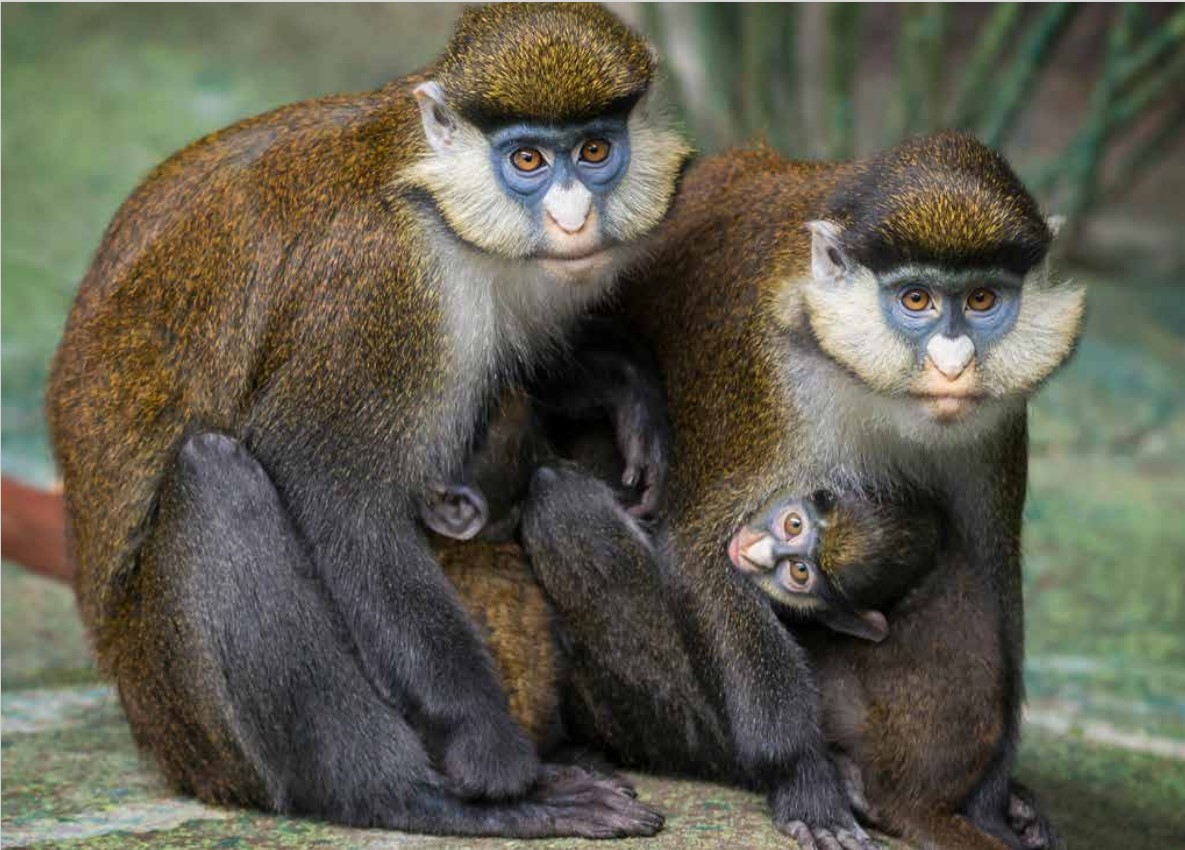 It is so easy to see the rare monkeys playing on the branches of the native trees around a local watershed that renowned primatologist and herpetologist Russell Mittermeier was surprised when he visited the villages in 2018. “He said that, if the local government was interested in developing ecotourism, this was the best viewing opportunity worldwide for tourists to see this monkey”, remembers Eniang. He already knew Itam’s great ecotourism potential as he started a project in 2010 to protect the Sclater’s monkey through community-based action. The project focused on restoring degraded land and promoting other livelihood opportunities to the local population, most of whom are subsistence farmers.

With support from the Global Environment Facility’s (GEF) Small Grants Programme (SGP), implemented by the United Nations Development Programme, BPC raised 10,000 multi-purpose trees of different indigenous species in a nursery. After reaching maturity, the young trees were distributed to community members who planted them around homes, farmlands, gardens and orchards in the two villages. The cultivated species included several wild fruit trees that bear fruit at different seasons, which is key to ensure the monkeys have a variety of food resources year-round. This prevents them from raiding gardens and farms, reducing human-wildlife conflicts that can endanger them despite their local protected status. The trees also serve as a source of food for people and livestock, besides preventing further erosion, improving soil fertility, and helping build resilience to climate change.

With the primary objective of restoring forests to enlarge the remaining habitat of the Sclater’s monkey, the project focused and built on the local culture and traditions for community-based wildlife conservation. This approach ensured strong support from the local village chiefs and active involvement of their community members from the very beginning of project formulation and implementation. The residents of Ikot Uso Akpan and Obong also benefitted from the construction of boreholes, which reduced their need to trek long distances in the forest for drinking water, and as a result also reduced disturbances to the critical habitat of the endangered monkey. Moreover, the initiative trained 50 households on sustainable bamboo and rattan handicrafts production and ecotourism development, providing these families with valuable alternative livelihoods, as well as a greater understanding of the benefits of protecting the forest and biodiversity. The project also helped to enact local community by-laws to forbid all hunting of the monkeys for bushmeat.

When BPC started the project in 2010, there were only 50 monkeys around the villages of Ikot Uso Akpan and Obong. After it was completed in 2012, the population of Sclater’s monkey had increased to 147 individuals and over five hectares of forest had been restored, which significantly expanded their habitat. BPC has continued to employ its expertise to protect the Itam forest since then and is currently working to create more forest corridors and buffer zones around the existing perimeters, by planting selected indigenous multi-purpose tree species to provide cover and food for the monkeys. The latest survey, conducted in 2020, found a steady population of the monkey with an estimated 133 individuals in the core area. “We hope that after completing our current phase of intervention measures, the carrying capacity of the habitat will have increased significantly to support a larger and more viable population”, says professor Eniang.

As a result of the project, the Itam clan council of chiefs adopted the Sclater’s monkey as the totem for the annual Itam Day Festival, the first time in southern Nigeria that a local species was celebrated by a traditional authority. The project partners have also been conducting an annual competition for primary and secondary schools across the state, including essays on primate conservation, a quiz and arts, with the aim of raising future conservation leaders.

Given the success of this experience, two other community wildlife sanctuaries have been established in local governments areas of Uruan, Akwa Ibom State and Akpabuyo, in the nearby state of Cross River. In addition, BPC’s approach has been scaled up and replicated to implement an endangered tortoise conservation project in southern Nigeria, with a grant support from the Critical Ecosystem Partnership Fund, another GEF-supported programme that supports civil society organizations on conservation initiatives, which demonstrates a great model for synergy.

The project implemented by BPC to strengthen the conservation of the Sclater’s monkey is a perfect example to mark this year’s World Wildlife Day. Under the theme "Forests and Livelihoods: Sustaining People and Planet", this special date is celebrated today around the world to highlight the central role of forests, forest species and ecosystems services in sustaining the livelihoods of hundreds of millions of people, and particularly of Indigenous and local communities with historic ties to forested and forest-adjacent areas, such as the Itam in southern Nigeria.

The Sclater’s monkey project has remained one of SGP’s flagship biodiversity initiatives in Nigeria. Since 2009, SGP Nigeria has supported 155 non-governmental and community-based organizations in the country to implement projects in the areas of biodiversity conservation, capacity development, chemicals and waste, climate change and land degradation. Globally, SGP has supported over 25,000 projects in 133 nations since its establishment in 1992, providing over US$650 million in grants to civil society organizations and local communities.