At 54 years old, María Choquepata Palomino has been fighting for the rights of indigenous women in the Peruvian Andes for more than three decades, with a passion to improve natural resources management that are essential to her communities’ livelihood. Born in a small rural community in Nuñoa district, in the department of Puno, she has worked tirelessly to address gender inequality in a region that still suffers from high poverty levels.

Over 20 percent of the population in Peru lives with around US$100 per month, although this figure can be much higher is rural areas.To make matters worse, a quarter of the 3.3 million rural women in the country are illiterate, compared to 9 percent of men. This is one of the biggest barriers that prevents women from getting jobs, becoming financially independent and participating in decision-making spaces. As a result, 46 percent of these women don’t have their own source of income, despite working 12 hours per week more than men, including paid and non-paid work.

Undeterred by this challenging context, María has defied gender bias and inequality to assert indigenous women’s right to political participation by becoming an elected government official in the province of Melgar. Her ultimate mission? To ensure indigenous women in her community have a voice in the management and conservation of natural resources that are essential to their livelihoods.

This International Women’s Day, the Global Environment Facility’s Small Grants Programme (SGP), implemented by the United Nations Development Programme, celebrates the incredible achievements of María and many more women like her who have shown how gender equality and women’s empowerment are critical elements of SGP efforts to support community-based initiatives that address global environmental issues. Read her full story here. 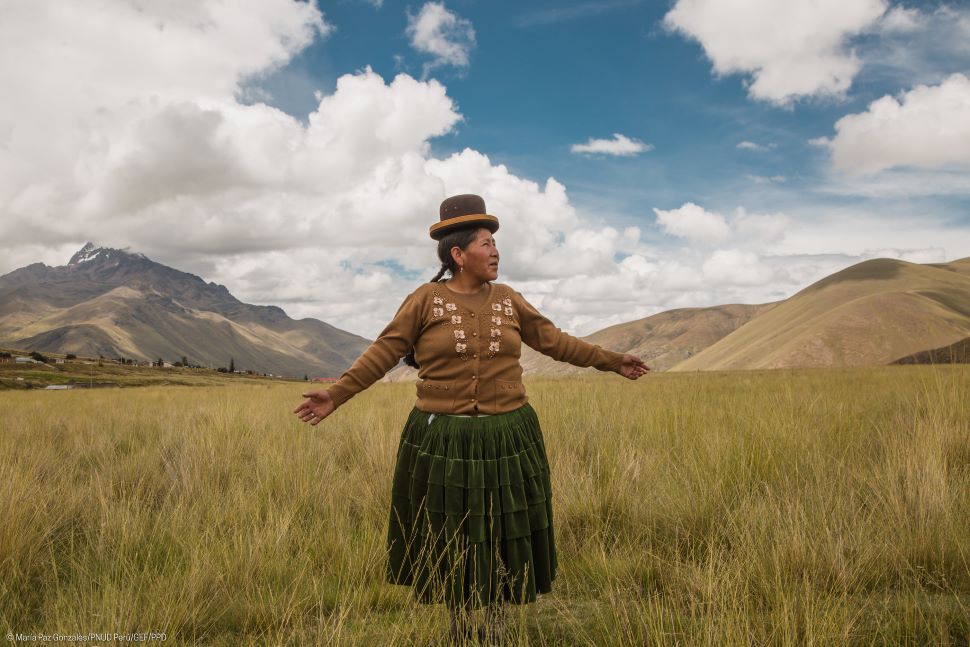 Older Story
Traditional knowledge and culture protect the last refuge of endangered monkey in Nigeria
Newer Story
An ancestral answer to climate change: forest restoration with native plant in the Democratic Republic of the Congo