The world has reached a critical juncture, with the interlinked climate and biodiversity crisis threatening life on Earth. Taking a leaf from the previous set of Aichi targets which expired at the end of 2020, the future global biodiversity goals to be established at the next Conference of the Parties of the Convention on Biological Diversity (CBD COP15) in October 2021 will be largely unattainable without the full and effective inclusion of Indigenous Peoples and local communities, who have been contributing to nature conservation in diverse and sustainable ways for centuries. Recognizing that human beings are not set apart from nature, conservation efforts must reinforce and support the deep connections between cultural and biological diversity, ensuring the rights of those who care for the land are respected and recognized.

To this end, the Global Support Initiative to territories and areas conserved by Indigenous Peoples and local communities (ICCA-GSI) is involved in the launch of two key publications: the first to celebrate the International Day for Biological Diversity on 22 May, and the second in conjunction with World Environment Day on 5 June. Both publications illustrate and affirm the values of lands governed by Indigenous Peoples and local communities, including lands which are collectively known as ICCAs or “Territories of Life”.

Launched on 20 May, the Territories of Life: 2021 Report is the first global analysis of the estimated extent and conservation value of ICCAs. The report provides extensive technical and scientific evidence required to strengthen key aspects of the post-2020 global biodiversity framework and its implementation. The report argues that if we are to “live in harmony with nature”, we must work in partnership with Indigenous Peoples and local communities, and that the new biodiversity targets will only be achieved through a rights-based approach and a truly respectful and equitable collaboration between Indigenous Peoples, local communities, governments, conservation practitioners and private actors. 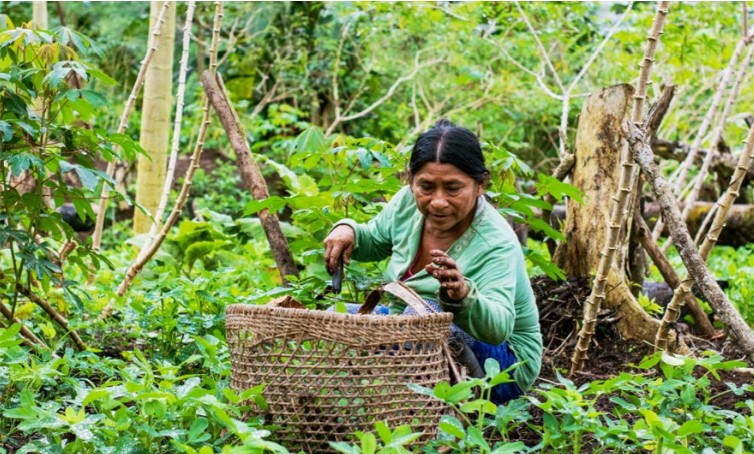 Set to be launched on 7 June, the State of Indigenous Peoples and Local Communities’ Lands is the result of extensive collaboration between the United Nations Environment Programme World Conservation Monitoring Centre (UNEP-WCMC), the World Wildlife Fund, and over 10 other collaborating organizations, partners, and networks. Its key findings include that 91 per cent of Indigenous Peoples and local communities’ lands are in “good and fair ecological condition”, and that these lands contain at least 36 per cent of the global surface covered by Key Biodiversity Areas. At present, these lands cover at least 32 per cent of the planet’s terrestrial realm. However, over a quarter of these same areas are likely to face high development pressure in the future, underlining the need for Indigenous Peoples and local communities’ rights, governance, access and use to be secured as part of proposed efforts to increase land and sea areas under protection.

Both of the publications have also provided critical contributions to the latest version of the Protected Planet Report, which UNEP WCMC and the International Union for Conservation of Nature (IUCN) released this month. In adopting the Aichi Biodiversity Target 11 in 2010, Parties to the CBD acknowledged that well-managed and governed protected and conserved areas are an essential tool for addressing the biodiversity crisis. At the CBD COP14, held in 2018, Parties to the CBD subsequently chose to recognize “other effective area-based conservation measures” (OECMs) as an important contribution to ancillary conservation results beyond the four existing governance types of protected areas. The 2021 Protected Planet Report takes stock and assesses the extent to which Target 11 has been achieved and identifies key opportunities for the next 10 years, including through new forms of area-based conservation. A common recommendation from the three reports will be the need to recognize the conservation efforts of diverse groups, including Indigenous Peoples, local communities, and private actors, as part of the future post-2020 global biodiversity framework.

The ICCA-GSI is a multi-partnership initiative that is delivered by the Global Environment Facility’s Small Grants Programme, which is implemented by the United Nations Development Programme, with funding from the Government of Germany through its Federal Ministry for the Environment, Nature Conservation and Nuclear Safety. Key partners include the Secretariat of the Convention of Biological Diversity, the ICCA Consortium, the IUCN’s Global Programme on Protected Areas and UNEP-WCMC.