Cycling was once a common mode of transport in Egypt before being replaced by cars and motorcycles, and some young Cairo residents have now started to turn to cycling again. However due to traffic, poor air quality, and absence of separate cycling lanes, it remains very rare to see someone riding a bicycle on Cairo’s busy streets. Transport is one of Egypt’s biggest sources of greenhouse gas emissions and air pollution, and with millions of cars crowding the streets of Egypt, improving air quality is at the forefront of its environmental priorities.

However, developing effective strategies and messaging to encourage people to change their behavior and use bikes as opposed to preferred motorized transport poses a significant challenge. Similarly, assuring affordability in poor communities, adjusting to often non-optimal infrastructure and lack of coordination are barriers that need to be overcome.

Pioneering initiatives to bring back bicycles

Though public transport has long been seen as a more viable sustainable transport option in dealing with traffic and mobility in urban areas, promoting the use of bicycles as a model of sustainable transport has been part of the core strategy of the Global Environmental Facility’s (GEF) Small Grants Programme (SGP) in Egypt since 1998. Implemented by the United Nations Development Programme (UNDP), SGP Egypt has funded 38 projects that have distributed 15,000 bikes across eleven governorates through a revolving fund mechanism. Among these projects, SGP pioneered cooperation with universities to encourage bicycle use among students. The first such project was implemented with the Al Azhar University from 2009-2010. 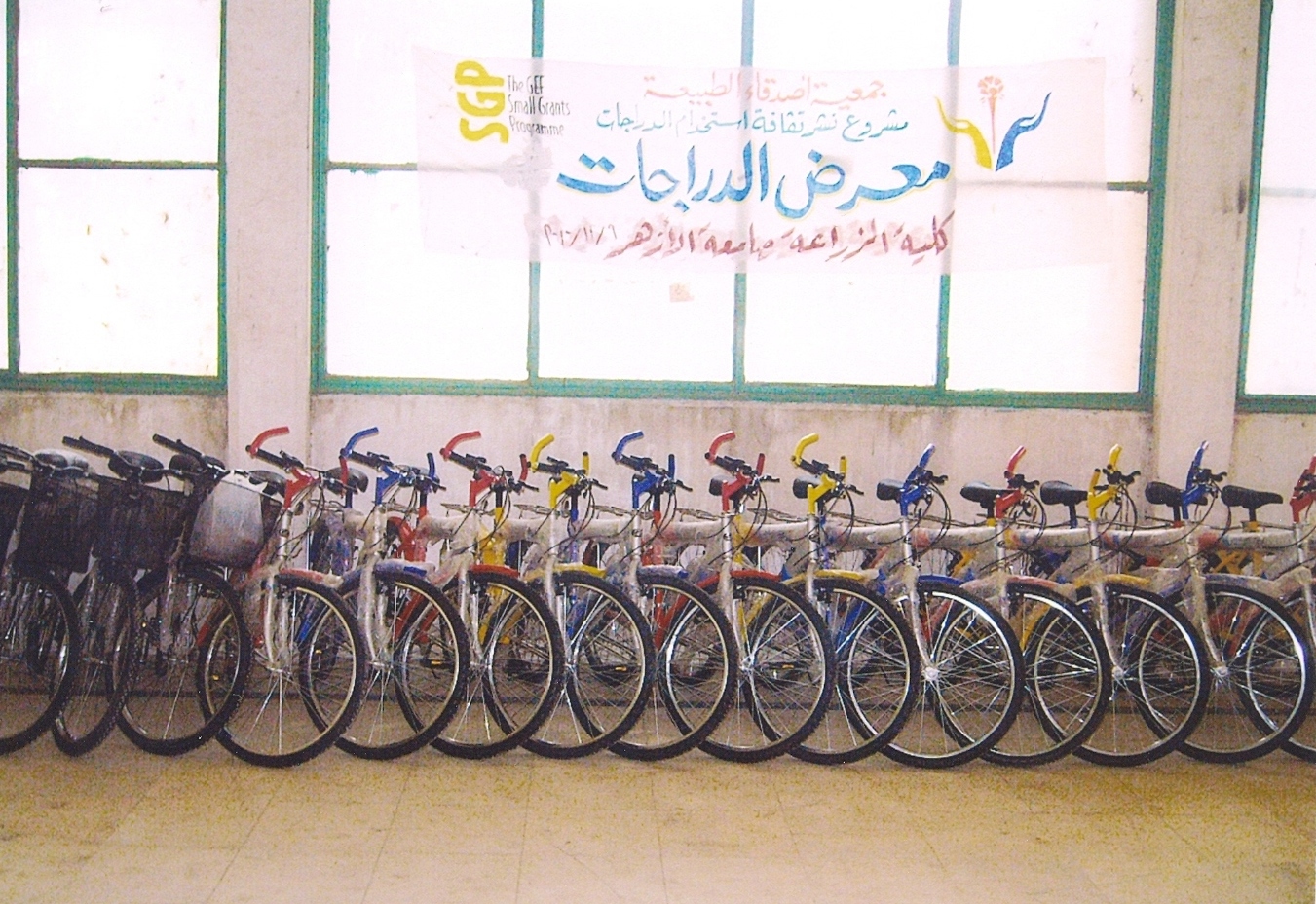 With the support of SGP Egypt’s pilot projects in the cities of Fayoum and Shebin El-Kom, 14 kilometers of cycling tracks with physical barriers and upgraded sidewalks were constructed in 2016-2017. Four SGP grantees, two in Fayoum and two in Menoufia Governorate carried out capacity building and awareness raising programs in communities to promote their use, primarily targeting women, youths and local authorities. Activities also included installation of additional infrastructure such as bicycle parking racks. A revolving fund mechanism helped to promote the use of over 2,000 bicycles, primarily among university students.

Particularly since the start of the GEF’s Sixth Operational Phase (OP6) in Egypt in 2017, SGP has been closely coordinating with GEF Full-Size Projects, implemented by relevant ministries such as the Ministry of Environment, to further increase stakeholder engagement, ensure complementarity of activities, and enhance visibility of projects and impacts. One such project is the GEF Sustainable Transport Project, implemented by the Egyptian Environmental Affairs Agency of the Ministry of Environment in collaboration with various partners. 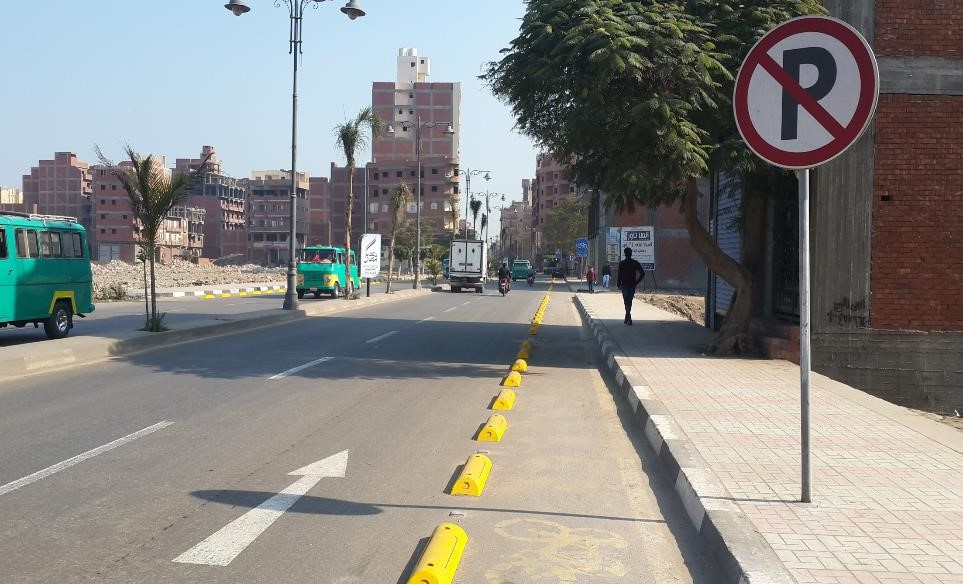 Brainstorming on how to further increase access by university students to this sustainable mode of transport, Dr. Emad Adly, SGP Egypt National Coordinator, and Dr. Mohamed Bayoumi, UNDP Egypt Environment Team Leader, began discussing a bike-sharing system that would bring the benefits of this low-cost, low-carbon, safe, non-polluting transportation option to more students and future leaders in universities. Through a unique partnership between the government, private sector, civil society and academia involving the Fayoum University and the startup ‘Baddel’, and as part of SGP Egypt’s Urban Landscape Strategy, the SGP grantee ‘Environmental Protection Association in Fayoum’ transformed this vision into reality for 500 students and staff in early 2020, reducing greenhouse gas emissions by about 12.85 tCO2 per year.
This initiative is a remarkable example of multi-stakeholder collaboration and partnership to promote sustainable transport in cities. The Fayoum Governorate has been leading on the selection and approval of locations for bike stations outside university grounds and will ensure their safety and maintenance. Safety measures such as cameras monitoring the bike stations are further co-funded by the Embassy of the Netherlands.
To encourage and support students to use this sustainable transport over the long term, the University has agreed to maintain the bicycles and infrastructure on University grounds. Eight locking stations, three of which are specifically located near girls’ dormitories, have been installed on campus to reduce time and improve safety of students travelling to and from university buildings. Four additional locking stations are situated across Fayoum near strategic locations such as bus stations to ease and accelerate the commute for students coming from outside the city. 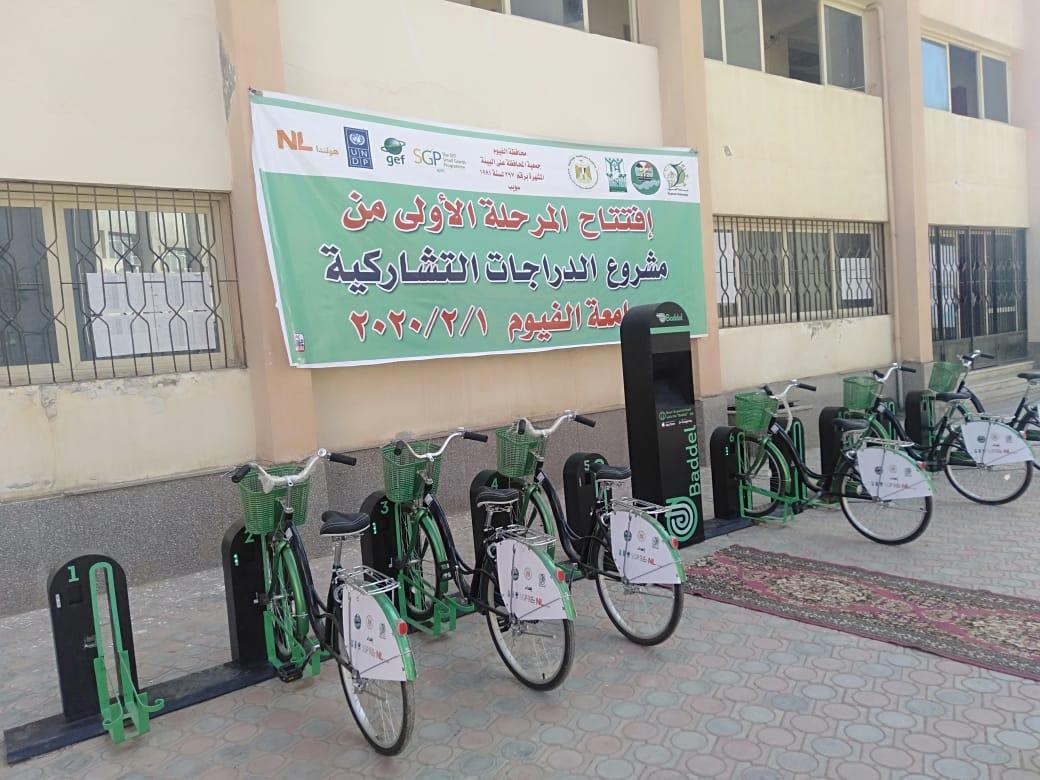 Bike-sharing station at Fayoum University.
Contributing to changing gender dynamics
Across the eleven target governorates, over 400 youths have joined so called ‘Bike Teams’, which contribute to raising awareness in their communities and encouraging others to use bikes, commemorating various occasions such as World Environment Day and distributing goods to poor households during Ramadan. In particular, the 'Menoufia Girls' – an all-female bike team – have had a positive impact in their community in promoting gender equality through extensive awareness raising activities among local families, as the conservative local culture did not permit women to ride bicycles.

With girls as a main target group of the initiative, the opening ceremony of the bike sharing project was scheduled during University Girls' Week, organized by Fayoum University. During this week, more than 3,500 girls from 30 Egyptian universities were hosted by Fayoum University to participate in diverse cultural and sport activities. Several of these universities directly expressed their interest in replicating the bike sharing model.

The Minister of Environment, Dr. Yasmine Fouad, the Minister of Youth, the Fayoum Governor, President of Fayoum University, the UNDP Resident Representative, the Embassy of Netherlands , as well as UNDP and SGP participated in the ceremony, which was widely covered by the national and local media.

“For the project that has been implemented here, I want each and everyone at the university to be proud that El Fayoum is the first governorate in the Arab Republic of Egypt to implement this Bike Sharing Scheme that shall be replicated in other governorates.” - Dr. Yasmine Fouad, Minister of Environment (and former member of the SGP National Steering Committee). 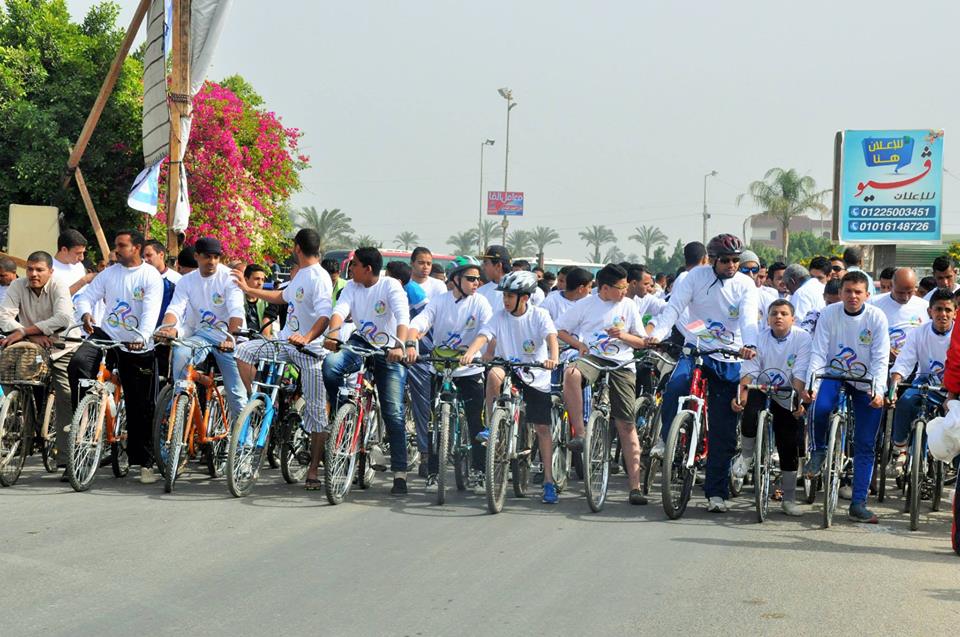 The Environmental Protection Association (EPA) in Fayoum is committed to ensuring the sustainability of the project by setting a model for replication and adoption by other universities. The NGO is conducting awareness raising and promotional campaigns among students and staff to ensure their effective participation. Key to effective messaging is an emphasis on the clear benefits of using a bike sharing system to facilitate sustainable transportation with economically affordable fees.

The cost-effective business model is a demonstration of how to successfully match operational and maintenance costs with the generated revenues from the membership fees and other practical innovative funding sources, such as sponsorships by the private sector or inclusion of advertisements. While SGP Egypt and project partners continue to work on attracting additional funding to cover potential future funding gaps, the University President and officials have confirmed their commitment to contribute to the sustainability of the project by providing financial support to cover any unforeseen costs after the project ends asnecessary.

In a joint effort with Baddel, the EPA in Fayoum is training students to use the system through the tailored app on their smart phones. Baddel is also building NGO staff capacity on the technological aspects of running the system beyond the project period. Moreover, the Ministry of Environment has agreed to take over supervision of activities.

Promoting replication in other urban landscapes

Sustainable transport projects like these have contributed considerably to mainstreaming the idea of bike riding at the national level in Egypt. H.E. President Abdel Fatah El Sisi has emphasized the importance of physical activity in general, and cycling in particular, for people’s health. He frequently goes for bicycle rides himself, demonstrating his support for this mode of transport and contributing to behavioral change throughout Egypt.

In September 2019, SGP Egypt held a meeting with the Secretary General of the Supreme Council of Universities in Egypt to discuss replication and upscaling of bike-sharing schemes. Three universities - Suez Canal, Kafr El Sheikh and Sharkia Universities – have expressed their interest to replicate this model concretely, building on lessons learned from the initiative at Fayoum University.

Additionally, an initiative of the Ministry of Youth was launched, which aims to provide 'A bike for each student'. Through this initiative, locally manufactured bicycles are sold through an online platform. Customers, particularly young people, can pay through soft monthly installments suited to their financial situation.

Bike-sharing schemes have been showing promising results as key urban strategies for sustainable transport and have taken off around the world. Through this unique partnership initiative, led by the Ministry of Environment and supported by SGP Egypt and partners, this model has made its mark in Egypt and is envisioned to spread further across the country.

Please see this video for further information on the Fayoum University bike-sharing initiative.